Thoughts about a warm winter and early blooms 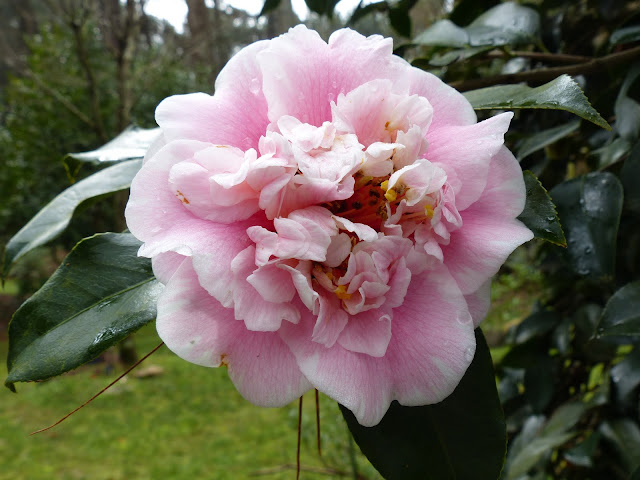 My memory is not as good as I thought.  I was convinced that we had a later blooming time last winter, due to much colder days in January and February.  My camera tells me I am wrong.

This photograph of Camellia japonica 'C. M. Wilson', was taken on February 2, 2016, in Margaret Moseley's garden, which now belongs to her daughter Carol Harris.  Also, in full bloom that day was Margaret's Daphne odora, several hybrid hellebores, Helleborus niger and Edgeworthia chrysantha, among others.

I was forewarned by Carol in January that things were early.  She called to say that the Michellia maudiae was covered in fragrant blooms (also that it is now a good 25 feet tall).  To illustrate how this warm winter has changed bloom times, I have pictures of this banana shrub/magnolia relative in full bloom on March 20, 2010, along with Daphne odora and dozens of camellias.  There was a Spiraea 'Ogon' in flower then, as well.  I've noticed they are blooming right now, exactly a month ahead of 2010.

We're about to face a week of about 70+ degrees F.  Already these warm days have brought things out prematurely.  The camellias are all blooming like crazy, which is fine, but I worry about the leafing out of Hydrangea macrophylla.  I shudder to remember the Easter freeze of 2007.  Everything was killed back by a hard freeze, and we scarcely had any macrophylla hydrangea flowers at all that year.

Gardeners everywhere have lived through uncertain times.  California has been in what seemed a hopeless drought.  Now, damaging storms are hitting the state, along with vicious winds and flooding rains.  It's hard to have a garden under such circumstances.

Let's hope we don't have a repeat of last summer's above 90 degrees and no rain for months on end.  And, if it's going to be so mild now (not good to set peach crops), I'm keeping my fingers crossed so that the really hard freezes in the low 20's and teens will not happen.

Today, on my way to a wonderful lecture given by photographer Lori Prosser at the Gwinnett Master Gardeners' meeting (her subject was English and French gardens; I came home wanting to clip hedges and plant all the flowers we cannot grow), I saw two white azaleas beginning to bloom.

I want the seasons back like they were when I was in my 30's, when you pretty much knew what would bloom when.  This present weather is not right, and I hope to goodness this is not a trend for the future.

Note:  My Helleborus niger, which threw up a lonely bloom this year, has already started to turn green.  Here's one I took in Margaret/Carol's garden on February 2, 2016. 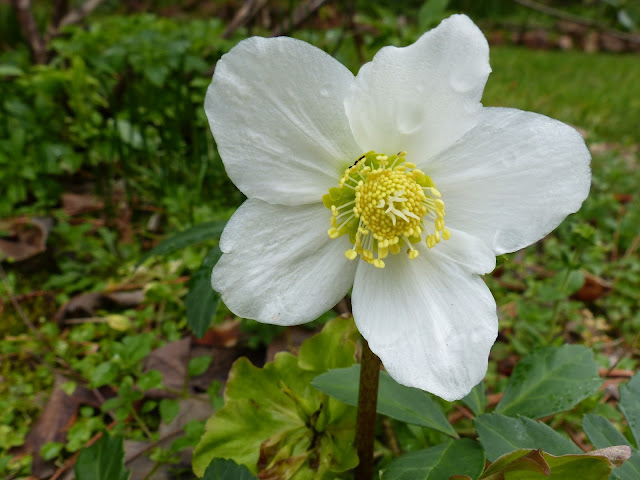