A native vine that deserves attention 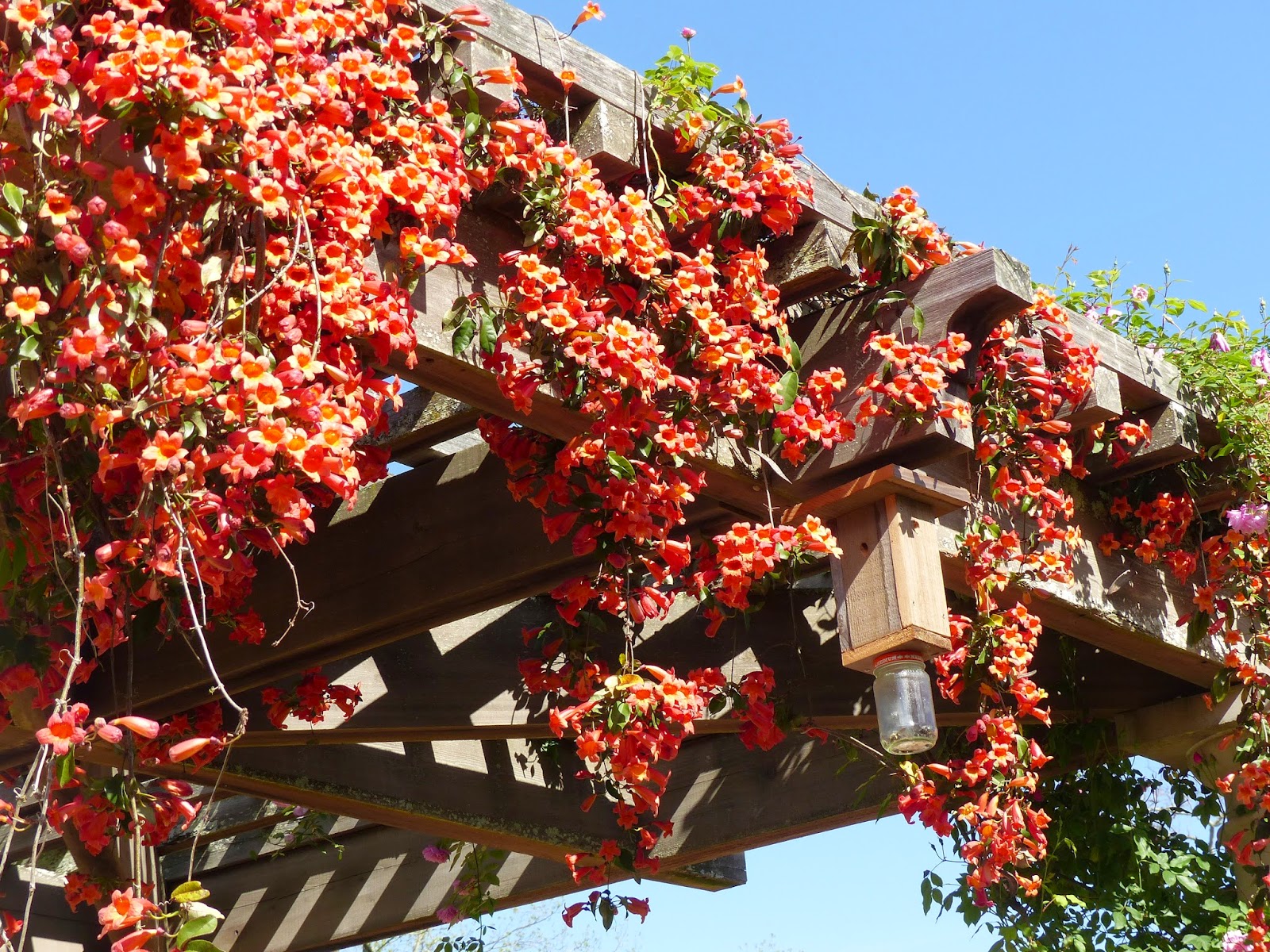 I took this photograph last Saturday in LaGrange, Georgia, and I meant to come right home to see if my vine had started blooming.  I planted it two years ago up at the little house, and after a couple of samplings by the deer, I think they decided they didn't like it.  Well, I can only say that for the foliage, which I checked on a few weeks ago.

The first time I ever saw crossvine (Bignonia capreolata), it was growing on the iron railing bordering the steps up to my friend's mother's townhouse.  The mother had brought it from her family home where it had grown wild.  The native form is a dusky yellow with a brownish center.

From that first introduction, I began looking for the flowers every spring, noting them in the woods first at Lovett School in Atlanta.  Next, I saw the vine climbing a tall pine at a garden whose owners had been active with plant rescue groups.  Another time, I hit a brand new tennis ball over the fence at Bitsy Grant Tennis Center in Atlanta.  There, growing all along some out-of-control privet and other scrubby brush were these muted yellow flowers.  In those days, we had no cell phones with cameras, so I never returned to take pictures (amazingly, I did find the ball).

Another place where the American native vine has naturalized is along Interstate 75 between Chattanooga and Knoxville.  It is (or at least it was 25 years ago) growing in the trees in the median.  I was traveling with my husband and children, probably en route to my sister-in-law's home in Abingdon, Virginia.  My children, as they were wont to do, started making fun of my excitement over the yellow vine.  That sort of burst my bubble at the time.

Then, about five years ago in late autumn, I was on a jeep ride at the farm.  I saw a vine with the deepest, most beautiful burgundy leaves.  I knew in an instant it was crossvine.  I gathered some for a Thanksgiving arrangement and took note of the location along a creek.

It was three more years until I saw the vine in bloom, despite having looked for it every spring.  The native form blooms later than the selection you see above, B. capreolata 'Tangerine Beauty', which is the one I planted at the little house.

Looking back, I doubt I would ever have noticed wild crossvine if I hadn't seen it at my friend's mother's townhouse.  It was a few years after the initial discovery that I saw 'Tangerine Beauty.'  It was on an arbor at a garden we did in Texas for HGTV's A Gardener's Diary.  My Atlanta Journal Constitution editor Danny Flanders sent me a picture of an entry arch draped in the vine at his house.  It was stunning.   Danny is now at the Atlanta Botanical Garden, where this bright orange form covered (and maybe still does) a portion of the long trellis leading to the Fuqua Conservatory.

I think one of the most spectacular uses I've ever seen was at another HGTV garden we did.  The gardener had put up a series of chains connecting the trees in his large back yard.  'Tangerine Beauty' grew along the chains, dipping and cascading to form a reddish-orange floral display that took your breath away.

Today it is raining again, and I'm not sure I'll be walking up to the little house.  If it's sunny tomorrow, I'll go check on the crossvine, in hopes that the deer haven't taken a liking to the flowers.  Maybe since they don't bother the native form, 'Tangerine Beauty' might be safe.  I'll let you know.

Note:  Just to prevent confusion, this is not the summer (late June-July) orange trumpet vine, Campsis radicans, you see naturalized along roads in the countryside.