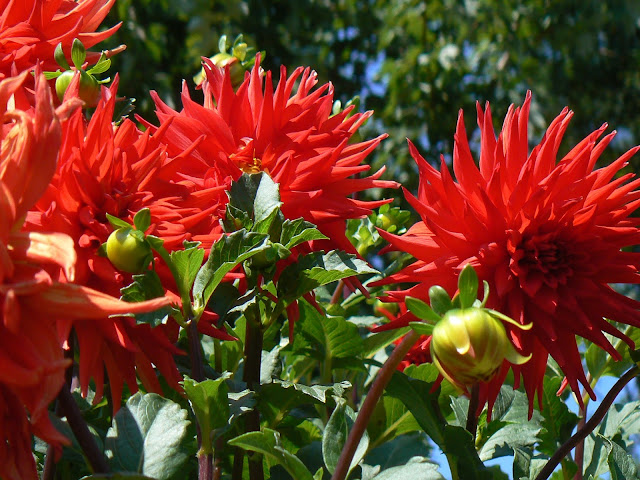 A couple of Saturdays ago, I waited around all day for a workman who did not come.  Finally, about mid-afternoon, I decided to clean out the floor of my kitchen pantry.  It was not a random choice.  I was looking for some check stubs I was missing.  I needed to find them in order to complete my 2014 taxes, due October 15 (Why do I always procrastinate whenever possible?).  I had looked everywhere and concluded the only place they could be was beneath the newspapers stuffed in grocery sacks two layers thick on the tile floor (I was saving them to compost; I didn't dare look at the dates; they could have been there for two years or more).

Also on the floor were several half-used six-packs of tonic water, some way out of date.  I found a carton of ginger ale, which I knew had to have been there since the summer my daughter spent with me while she studied for the bar exam.  She's been a public defender now for four years.  And why did I buy a two-foot tall bottle of refill hand soap?  I'd forgotten it was there, and now I don't have the original small container anymore.

I got started and ended up cleaning off all but the top two shelves.  I found three 5-lb. bags of sugar, all half-full.  I had just bought another bag (now 4-lbs. for the same price) for the hummingbirds who are all fighting and drinking me out of house and home, readying for their trip south.  Those other bags were on different shelves and all hidden from view.

Two categories of items sent me into a sort of review of certain aspects of my life.  Well, not so much that as a realization that some plans I made decades ago never came to be.  It once would have made me sad, but I really can't complain about my life - I've had many positives that have helped me with the terrible negative - losing my husband in a single moment in June 1999.

What I was reminded of in the pantry was all my plans for a sunny garden.  I had saved so many jars, all for the purpose of delivering bouquets of cut flowers to friends or shut-ins.  Long ago, I had envisioned cut flowers for every season - bachelors' buttons and ox-eye daisies in April; iris, roses and peonies in early May; coneflowers and Asiatic lilies in June; zinnias, phlox and rubrum lilies in July; rudbeckias and platycodons in August; Aster tataricus in September and daisy chrysanthemums in October, and so on.

I found several small jars of seeds - zinnias that could have been 20 years old; moon flower seeds I'd forgotten were there, and pink coneflower seeds I could probably never have succeeded in germinating anyway.  I had store packets, too - more zinnias, sunflowers, bachelors' buttons and annual asters, which I'm not sure would have grown all that well here.

Most of the jars had held mayonnaise, but I had all shapes from different salad dressings; these latter would have been for smaller bouquets.  No wonder I had no room for the sack of coffee I just bought.

It was so hard, but I put most of my "vases" in the recycling bin.  I kept the Mason jars in case I ever do any canning again.  Let's see, in 70 years, I've canned three times.  I think I'll just give the jars and rings to someone who will actually do something with them.

All the contemplating about what I didn't do led to thoughts of the basement.  The whole place is a giant hope chest.  There are headboards I bought at a second-hand store for my future beach house.  I have two tables (great shape, but need faux painting), purchased from a motel liquidation store.  Those I had for a planned house in Highlands, where we could do jigsaw puzzles and leave them undisturbed in a corner until they were finished.

At one point, after a visit to Lake Rabun, I envisioned the above tables in a rustic lake house instead.  We'd have a boat and would go water skiing.  My own daddy was good about that and ever so patient to help a friend new to skiing have success quickly.

But those second homes I saved for never materialized.  Yes, they would have been great when my children were younger and there was someone to share the headaches of maintenance and seasonal cleaning and maybe renting out.  But, I never really missed what I didn't have.

About those cactus dahlias above.  Those are what I would have planted at the house in Highlands, where they would have thrived in the cool mountain air.  I used to visit a dahlia garden there.  It may be long gone by now, but I thought how satisfying it would be to gather huge bouquets and give them away or decorate my mountain house in bright colors.

But, it's all okay.  I've always been one to think there's something wonderful around the next corner.  It might not be that beach house (where I would have grown gardenias and tiger lilies and zinnias) or the mountain house that would have surely had a sunny space for red cactus dahlias, but I may still use those headboards somewhere.  It's never too late to daydream.  Margaret Moseley didn't hit her stride until her 80's, and she wound up with a beautiful garden and flowers at every season.  That could happen for me, too.

I still hope to grow dahlias and zinnias and chrysanthemums and roses to give away, but I don't regret throwing all those long-collected containers into the recycle bin (although I confess it's hard for me to part with a jar of any type).  Who knows what the future will bring, and if I do end up with a sunny space some day, I'm sure I won't have trouble consuming more mayonnaise and salad dressing.

Note:  I did find that spiral of check stubs, so on to finishing my taxes - no more excuses!