On timing and the garden 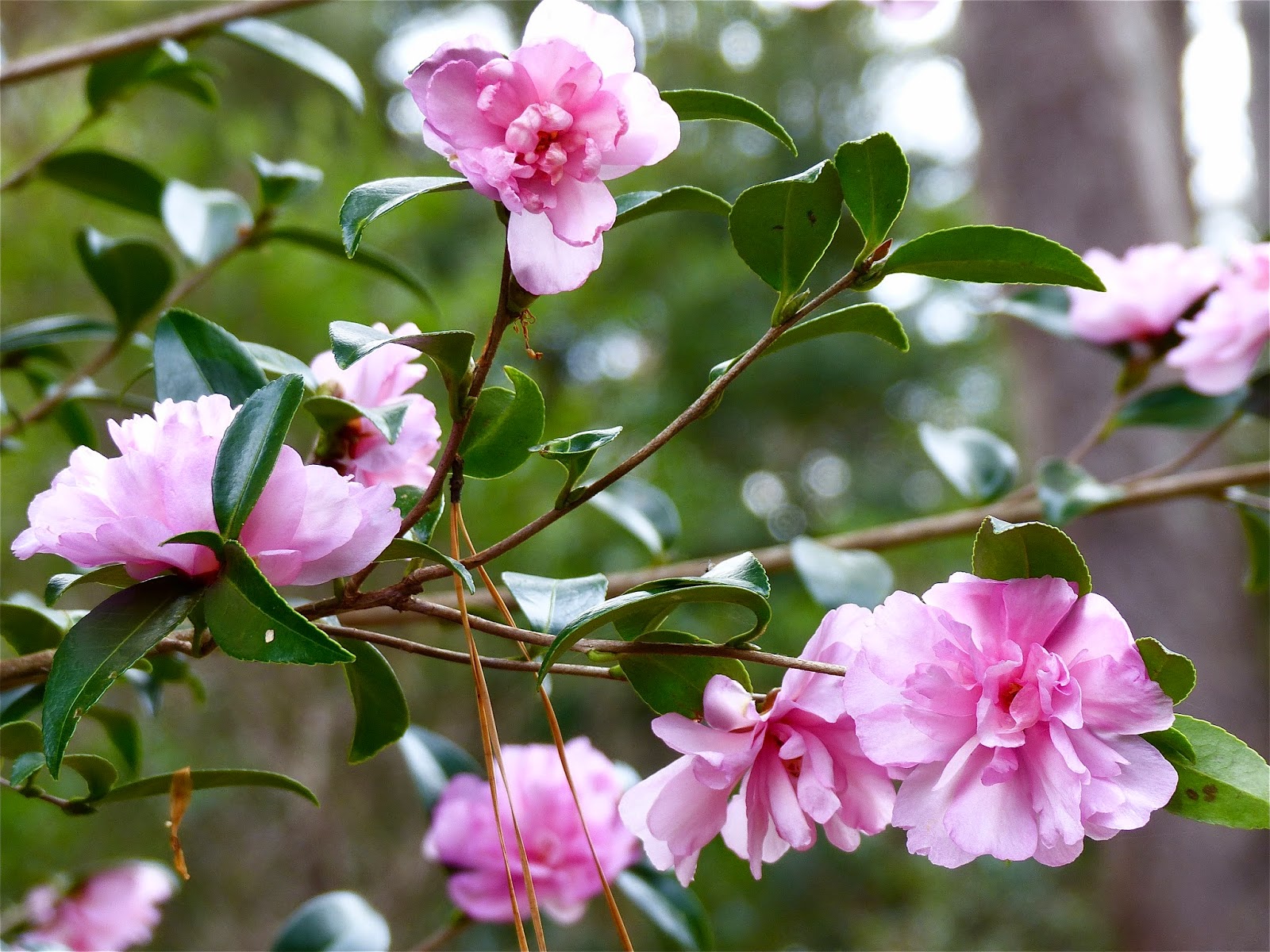 It began yesterday, or was it the day before?  I found the first of the long, velvety pods of the evil wisteria that has haunted me for years.

When I moved here in August 1973, I was so naive.  I planted things that could not possibly grow in the deep shade surrounding our little 1926 cottage.  It was if I lived in a place similar to Red Riding Hood's grandmother's house - smack in the middle of the woods, without a house in sight.  All around me were giant trees - mostly hardwoods - that shaded everything.

My first spring here was magical, though.  It was if I lived in a purple mansion, with flowers cascading down off every tree, and vines connecting above my head to form a fragrant roof.

It truthfully wasn't for years that I realized that evil lurked around me, that the wisteria vines that were impossible to pull up and difficult to cut had ruined the forest floor and threatened to take down some of these mighty trees.  More years passed before I realized that the long, tan pods that formed after flowering contained smooth, flat seeds that were dispersed everywhere when said pods burst open with an explosion.

Year before last, the wisteria seed pods appeared on my driveway in February.  This year, it's December.  So far, I've only found the open pods.  The seeds are already everywhere in the woods and will hide out until they germinate in the spring.

But, what I actually want to talk about here is the timing of the garden, especially this year in the case of 98-year-old Margaret Moseley.

I went out to her garden in late October, and the sasanquas were blooming like mad.  In fact, many of the petals had already fallen, making a pastel carpet on the ground and in her driveway.  This is a shrub she began collecting almost 50 years ago.  Her plantings have paid off, making for a gorgeous and long autumn season.  The pink, white and rose-colored blooms are stunning against the yellowing hostas and Solomon's seal and the multi-colored leaves of the oakleaf hydrangeas - altogether a strange, but beautiful contrast.

Here's what I found amazing.  I went back on December 4th to get Margaret to sign 90 copies of A Garden to Remember.  Before I went into the house, I walked around the garden.  I had expected to see camellias starting to pop, thinking the sasanquas - all except for 'Yuletide' - to be over.

It almost seemed miraculous that all these sasanquas that had put on a show in October were again in full bloom.  The 25-foot-tall shrubs and all of the lower ones as well, were smothered in flowers.  How had there been that many buds in the first place?  We'd had freezes in low 20's in the interim which would have done away with all the flowers.

But here, on this December day, the garden was in full bloom - not the camellias but the very same sasanquas I'd seen over a month prior.  I'd figured the flowers would be long gone by this time.

I guess I should not be surprised about this.  Margaret's shrubs for the most part are decades old and well-established.  I don't recall this ever happening before, though.  True, when you see her shrubs in September, you can't believe how many buds there are.  The same is true of her camellias.  'Lady Clare', a popular Camellia japonica was already in bloom, along with 'Daikagura'.  But, it was as if the sasanquas had just reached their first peak.

Gardeners are always saying, "This is not a typical year."  I don't know that we've ever had a typical year, at least not for a long time.  But, I think this fall was a phenomenon, at least as far as the sasanquas were concerned. The timing of a garden depends on a lot of factors, I'm sure.  Why this year turned out like it did is a mystery.  I'll have to ask Margaret if she remembers another year like this.  She's worked hard to make sure there's something in bloom every day of the year, and I think she's succeeded very well.