Gardens and ironwork go together 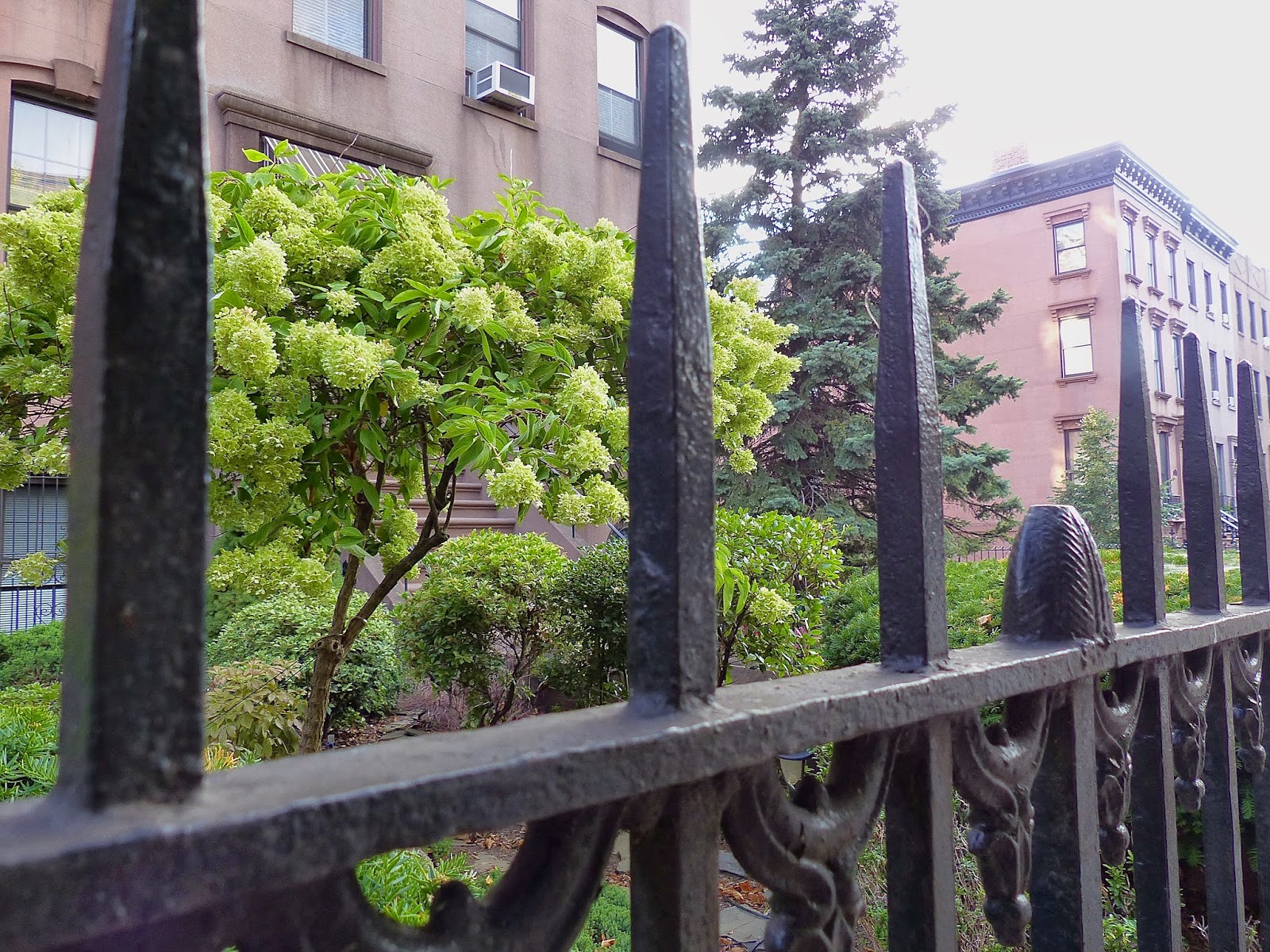 I guess it exists mostly in the old cities like Savannah, Charleston and New York, but I'm wishing I could have some of the handsome ironwork I've seen here back home in Atlanta.  Walking in my daughter's neighborhood of Carroll Gardens in Brooklyn, one can see examples of exquisite work done long ago.

When my younger daughter lived in Manhattan, she had her tonsils removed.  I remember riding home from the hospital and noticing how many iron fences there were, even in front of decrepit industrial sites along the FDR.  It's pretty amazing that so much of it has survived.

Of course, if you have this surround in place, you have a head start on a lovely garden.  I have to say that many of these rectangular spaces in front of the old brownstones don't live up to their potential, to my mind.  On my daily walk, I do a lot of mental landscaping.  Most of the gardens are well planted, but a few are totally neglected, with weeds and a smattering of dried-up evergreens.   Others are a mish-mash of vernacular tastes.

The block where the above garden is located has a mix of both charming gardens and ones that need work.  Some are still owned by Italians who settled here at the turn of the last century, so you'll see a garden that is nicely arranged, but there will be a shrine in the corner that is a bit startling.  I guess I'm just not used to seeing this sort of thing.  In fact, there's a restaurant on the corner with a canopy of grape vine (with heavy clusters of purple grapes) that looks for all the world like it should be in Provence.  I tried to take a picture, but there's a white shrine to the Virgin Mary that almost glows in the shade of the courtyard.

In this historic district that was founded in the early part of the 19th Century by Irish immigrants and then Norwegians, it was required that the houses along certain streets be set back 33 feet to accommodate front gardens (unlike the fronts of other brownstones in Brooklyn which are much closer to the street).  A lot of the former still retain beautiful iron fences and gates, like the one above.

I can't help but wonder what it would be like to have this defined space.  Would I mess it up by trying to do too much, or would I restrain myself to a few choice plants that would bloom throughout the season?  Whoever did the garden above opted for pretty low maintenance, but managed to include a few striking plants that blend well with the beautiful ironwork.

The flavor of the neighborhood is changing.  Many French people have moved into Carroll Gardens since the 1990's.  I don't know that any of them will ever own these houses, some of which have been passed down through generations (and are obscenely expensive to buy), but it would be interesting to see their take on garden design in such a space, given that so many French gardens have high walls and fences.
Posted by Martha Smith Tate at 2:11 PM No comments: