What this rose would have seen on that day 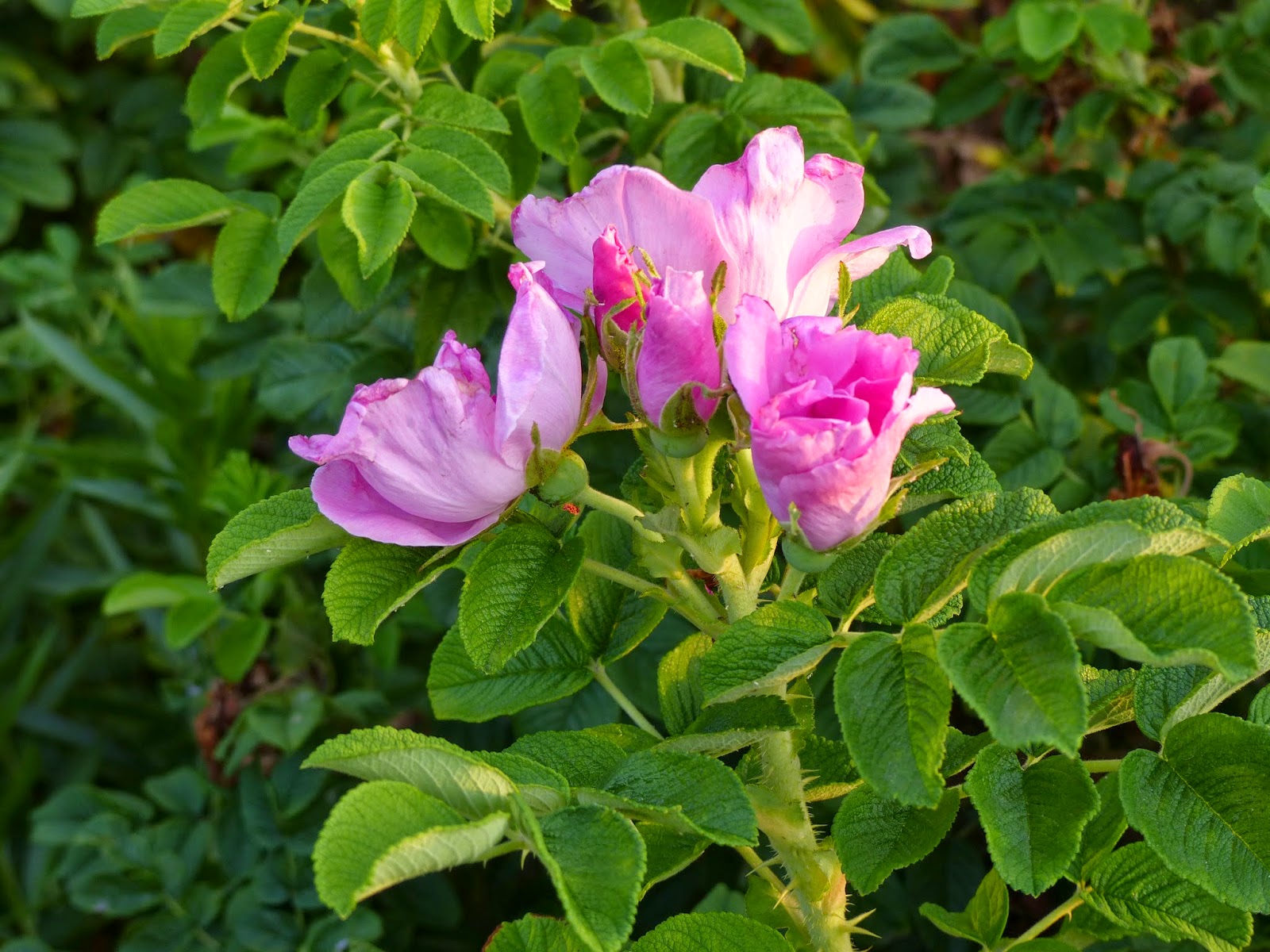 On the morning of September 11, 2001, I had gone to work early, just up the driveway from my house in Atlanta.  We were editing one of our episodes of A Gardener's Diary on HGTV.  My fellow producer and I were there with the editor, immersed in watching what was happening in a garden in the Midwest.

All of a sudden I realized I needed to run over to the shopping center to pick up something from the drugstore.  As I reached the pharmacy counter, several employees were gathered around a radio.  I heard them say that a plane had just crashed into the Pentagon.  I asked what they were talking about.  They told me about New York.  My heart stopped.  As they were describing what had happened, I was seized with fear that the strikes would continue up the island of Manhattan.  My then 23-year-old daughter was there somewhere.

Two weeks before, she had moved out of an apartment in TriBeCa at the corner of Duane and Church, six blocks from the World Trade Center.  If you walked out the door of the building and looked straight down Church Street, you had a great view of the twin towers.  This location turned out to be where most of the major news stations set up in the following days.  It's also where the photograph for the iconic black, shadowy cover of The New Yorker was taken.  On that foldout, you could see the entrance to the apartment.

At that moment, Anne was working in Greenwich Village and staying on the Upper West Side with a friend.  I called and called, but all the circuits were busy.  I drove back home and turned on the television.  Then, I went back up to the cottage, where the editor and my business partner were serenely watching footage of the garden.  They hadn't heard yet.

When I went back home, there was a message from my daughter.  "I'm okay," she said.  Like so many other Manhattanites, she had left work and started walking uptown, all the way to her friend's apartment on 83rd Street next to Central Park.  I kept that message for years, until it was somehow inadvertently erased.

A few days before, on September 6, 2001, I was returning from a trip to France.  As we were landing at Newark, I could see Manhattan off in the distance and the twin towers looming at the end of the island.  I thought of the previous July and the engagement party I'd attended at Windows on the World.  It had been a magical weekend.  My daughters and I stayed at a hotel overlooking the plaza.  We spied the bride-to-be coming out of the Krispy Kreme store on the first floor of one of the towers.  We shopped at the Banana Republic underground, and my younger daughter bought books at Borders.

That night, we took an elevator to the top of the North Tower.  It was twilight when we arrived after the dizzying ascent.  The sun was setting, and a rosy haze hung over the Statue of Liberty.  When dark fell, we looked uptown to a breathtaking view.  The lights of Manhattan were sparkling below us in the night.  It all felt so close, very surreal.

The party was fabulous.   My dearest friend from elementary school, Linda Jackson Carter, and her husband Bill were the hosts.  It was the treat of a lifetime.

Late yesterday afternoon, I walked to the new park at the Brooklyn Bridge.  I passed soccer fields jutting out into the East River.  Young people were playing racquetball or basketball on another wide concrete pier.  There are all sorts of paths and benches to enjoy the vista.  You can see the Statue of Liberty off to the left.  Straight ahead is the tip end of Manhattan, with the Freedom Tower jutting up above the other buildings.  To the right are the majestic stone towers of the Brooklyn Bridge, which has been suspended across the river since 1883.

There weren't a lot of flowers in bloom yesterday, but I spied this rugosa rose along a bike path.  I bent down to catch its delicious fragrance.  I turned my head and realized that if this scrappy bloom had been there on September 11, 2001, what it would have witnessed on that terrible day.

I'm sure you remember where you were when you were stunned by the news.  In our wildest dreams, we could never have imagined this horror in our land.  I remember thinking that the world would never be the same, and of course, it hasn't been, really.  But, as I watched the children running about and couples sitting on a grassy knoll looking out on the river and joggers getting their exercise after work, it heartened me a little, even though I felt the sadness of the loss of all those souls and of our uncertain safety way down deep inside.