Finding peace and solace in a green garden 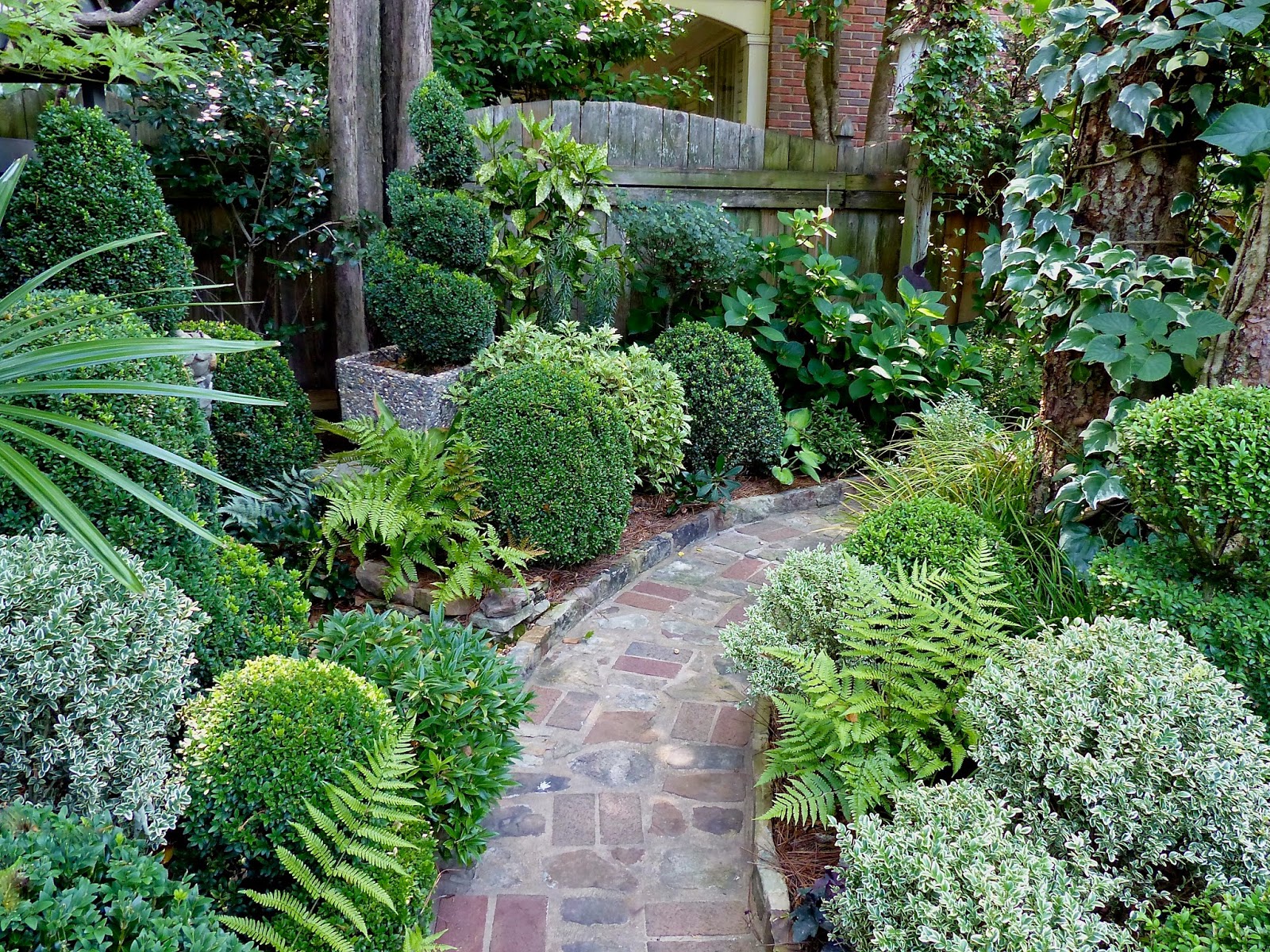 Two days ago, I found myself hit with a bout of sadness.  On June 17, 1999, fifteen years ago now, my husband died suddenly after playing squash at the Piedmont Driving Club in Atlanta.

Usually, I can make the replay of everything that happened go away and substitute more pleasant thoughts.  But, this year, I started obsessing about my children.  My younger daughter was 15 at the time and just home from boarding school.  That means that half of her life has been spent without a daddy.

My older daughter was 21 and traveling in Europe with friends, after having graduated from college in May.  I don't know which was harder - greeting my daughter as a friend dropped her off after going out to dinner and then holding her in my arms as she collapsed.  Or, picturing my child, who had left Italy's Cinque Terre and just arrived in Salzburg, Austria, standing at a pay phone half way around the world and listening to her mother say that her dad had suffered a heart attack and "didn't make it."

So, with all these scenes replaying in my head, I called Louise Poer and asked if I could come walk through her garden.  She's always so gracious about visitors, and the garden is tour-ready every day, no matter what the season.  I grabbed my camera and drove over to her house, which is not very far away.

The relief was instant.  Whether I was distracted by the interesting new things she had, or if it was the  bluebirds flitting away from the feeder as I entered, or the soft ripple of a fountain along the brick path, I don't know.  I do know that I am soothed by this garden because it is predominantly green, which has been my favorite color since I was a child.

There were a few spots of color here and there - some hardy blue geraniums, some cheerful red blooms on rose standards, and near the entrance, an exquisite bloom on an oakleaf hydrangea that had faded to lovely dusty pink.

But the overall garden is a combination of different shades of green, with some variegation mixed in on certain boxwoods, hostas and ivy.  The textures, too, are soothing, although a few shapes - like a palm frond - startle you, but in a good way.

The rest of the day, I was able to go about my business and think of other things.  I usually write something to my girls about the anniversary, but I didn't that day.  Yesterday, I e-mailed my older daughter about how deeply I felt about their loss.  I received the best reply from her, reminding me that despite all we went through, that other people have had terrible tragedies happen in their lives, as well.   She said to concentrate on the fact that things have turned out well for both of them.  She also reminded me of all I have to look forward to:  a new baby in September and another glorious wedding next May.

And, as is always the case, walking through a beautiful garden renews my hope.  I came away from Louises's with lots of ideas - more ferns, more intense planting, installing a bird bath with moving water.  I admit that as much as I like a mostly green garden, I've been sun-deprived for so long that I still dream of bright summer flowers I can go out and cut to bring in the house.  But, I think as far as soothing the soul goes, a quiet green garden goes a long way in chasing the blues and bringing about a certain peaceful feeling.  At least it does for me.
Posted by Martha Smith Tate at 6:06 PM 1 comment: