Orange in the land of mostly black 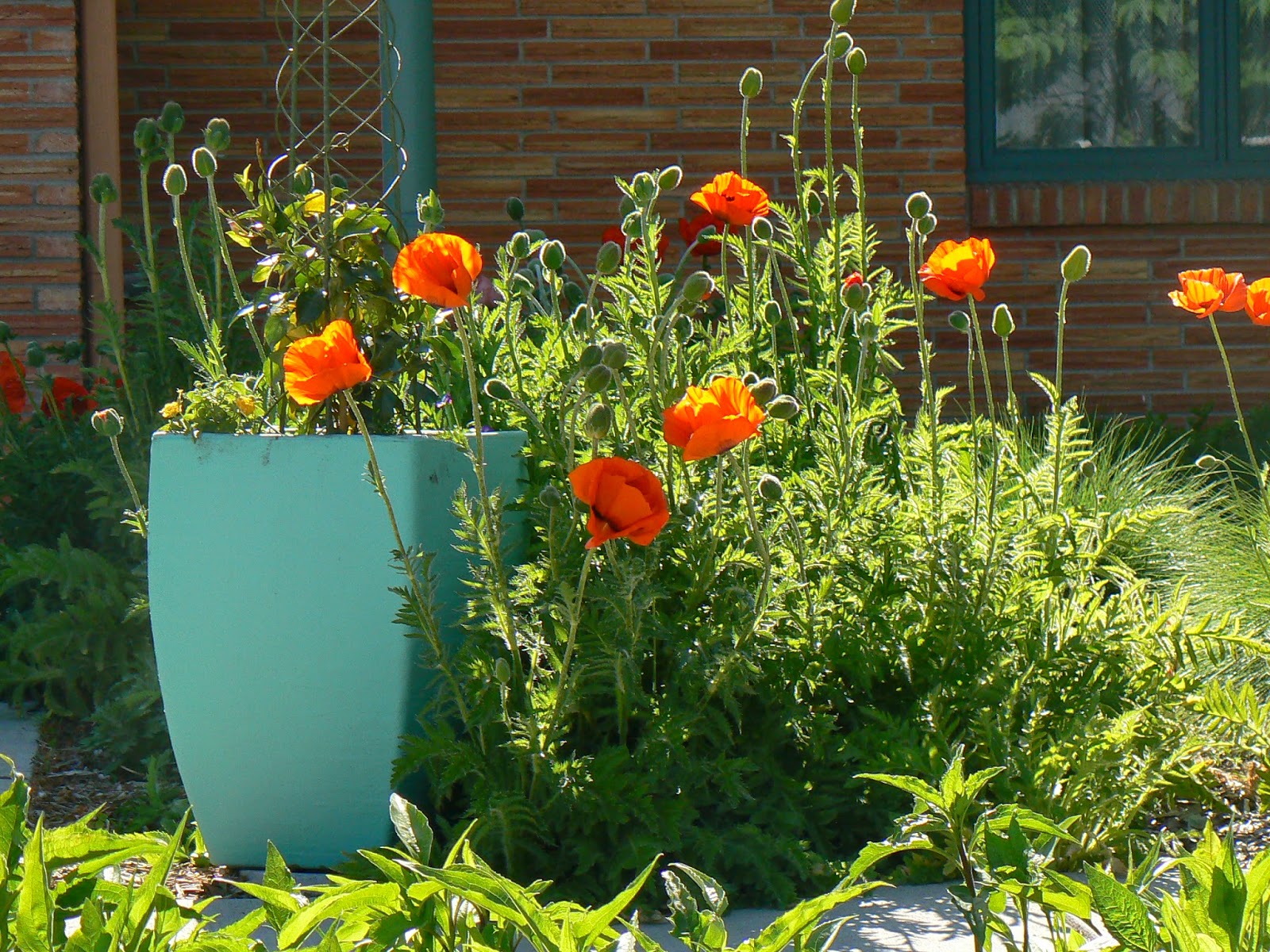 A year ago today, I took this photograph.  I was in a place - a state - I'd never been in before.  Here are two words that give a hint as to my whereabouts.  Bakken.  Fracking.

If you are familiar with that first word, then you'll know where I was.  My dear friend Mary is from this state, from a town that is in the western part, a town she hardly recognizes anymore because of recent events.

For decades, ever since we've been friends, I've wanted to see her home town.  My determination grew even more when something happened that still sends chills up my spine.

Around 12 years ago, give or take, I went to visit my uncle and aunt at their home in Forest Park, Georgia.  I was standing in their den and all of a sudden asked my uncle (by marriage) where he was from.  He said Fargo, North Dakota.  I said, "Oh, I actually know someone from North Dakota."  We went back and forth for a few seconds, and he asked what town.  I said, "Dickinson."

A split second before he said the name, I knew who it would be.

"Hans Guloein."  I almost fell over.  I knew two people from North Dakota.  One is this uncle, and the other is my friend Mary, whose father was Hans Guloein.

"He was a physician," my uncle explained.  Of course, I already knew this.  I had met Dr. Guloein on several occasions when he'd come to visit in Georgia.

My uncle then told me how they'd known each other in Fargo, Dr. Guloein's home town and where my uncle was from originally.  He told how they'd been in a dance band when they were young.  He had known Mary's mother, paternal grandmother and aunts, and spent a lot of time in their house in Fargo.  The band had broken up when Dr. G. went off to med school at Northwestern.

It was just all so weird.  When I came home and told Mary, she couldn't believe it.  It was at least a year or two before I was able to get her together with my uncle.  They had a great time reminiscing.

Mary had a photograph of the band, and there was my uncle and Dr. Guloein.

I had always kidded Mary that I wanted to see Dickinson, North Dakota, before my day was done.  So, last year, when her husband and son and she had planned a trip there, I went along.

It didn't look at all like I imagined.  We flew into Minneapolis and rented a car and drove all the way across the state.  Mary and her husband said I was lucky because it had rained a lot.  The vast stretches of fields were lush and green.  There were even a few hills after we crossed the Missouri River at Bismarck.

What we did see as a hint of what was to come were the longest trains I'd ever seen.  They were carrying oil and looked like long, black snakes stretching forever across the prairie.

Mary couldn't believe Dickinson.  It is a construction zone, with all the streets torn up and cranes everywhere.  Most of the oil fields are to the north around Williston, but Dickinson is a boom town - new hotels, apartments, "man camps", tons of restaurants and fast food places, all built for the huge influx of workers.  The people Mary and her siblings knew who stayed in the town have benefitted from the oil boom.  One friend, a welder who never graduated from high school, is a multi-millionaire.

We stayed with Mary's sister and her family.  I walked around her neighborhood and looked for gardens.  It was almost summer, but most of the flowers were ones like iris that had bloomed here in late April.   Chris, Mary's sister, has a lovely yard with lots of flowers and herbs.  At the front door was a lilac bush in full bloom.

I took the above photograph across the street at a modern, Japanese-looking house.  Those are Oriental poppies, a perennial that likes cold weather.  I thought the composition was intriguing and the light very beautiful.  Elsewhere, I found a glorious stand of Spiraea 'Snowmound', with tons of arching, flower-laden branches hanging over an alley.  We also visited a sort of botanical garden with a nice collection of baptisias, which is a prairie native.

The day we arrived in Dickinson was the day Delta Airlines had its non-stop inaugural flight from Atlanta.  When I met Mary (she ended up here, having married someone from Atlanta) and started decades of kidding her about North Dakota (mostly, it was about the Fargo accent that cropped up after she'd been with her sisters), who could have guessed there would ever be a direct flight from here to there?

With all the traveling I did for A Gardener's Diary on HGTV, I never dreamed I'd be taking pictures of flowers in faraway Dickinson, North Dakota, or that I would really ever get to see Mary's home town.  Aside from the oil rigs sticking up, the prairies are beautiful and the Badlands an incredible sight.

Even with the hard, desolate winters, you could tell that North Dakotans love their flowers.  Their season is short, but the vibrant colors under those clear skies were a sight to behold.  They were also a welcome foil to all the confusion, dust and construction in this booming part of the country.

Posted by Martha Smith Tate at 6:53 AM No comments: