"This garden is so peaceful." 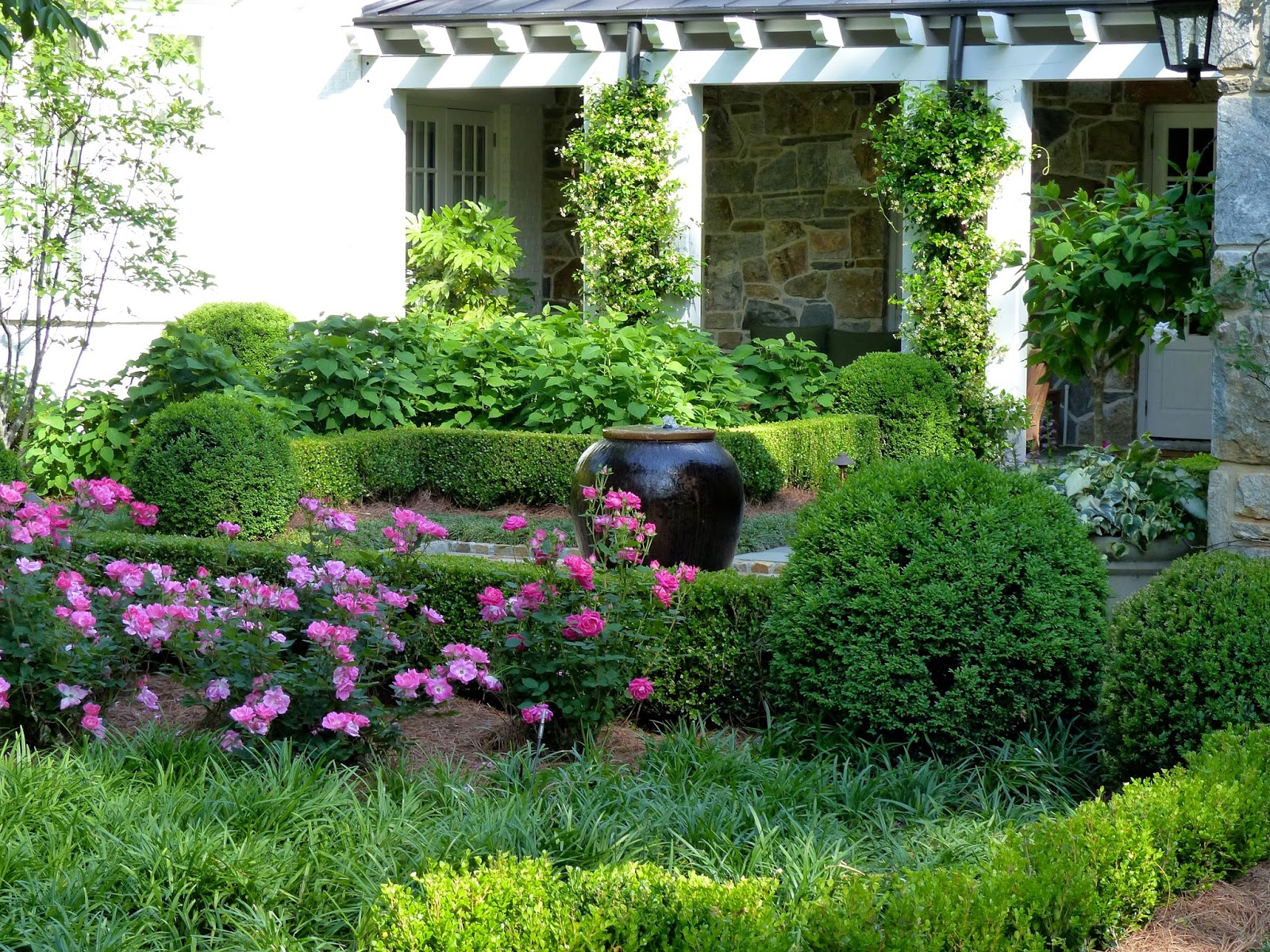 I heard it over and over again last Sunday:  "Oh, this garden is so peaceful."

On Mother's Day, I worked an afternoon shift at one of the gardens on the Atlanta Botanical Garden's annual Gardens for Connoisseurs tour.  The day before, I had rushed around to see as many gardens as possible.  Then, on Sunday morning, I drove to the two gardens over near Decatur.

Finally, I ended up picking up my friend who was working in the same garden, and we spent the remainder of the afternoon there.  She and I were assigned to direct people once in the garden and to answer any questions (the one most often asked:  What are those?  Answer:  Lupines, which you hardly ever see in the South.  These were sturdy and seemed not to mind the 85-degree, sunny weather).

Mostly, I stood at the entrance to this five-year-old garden in back of a house in the Brookhaven section of Atlanta.  Without fail, almost everyone who walked past me where I stood on some stone steps surveyed the large, squarish yard and commented on how peaceful it was.

Patty and Brad Ferrer installed their garden at the same time their house was built.  The back yard sloped upward, creating drainage problems.  Once those were solved, and the large lawn space leveled, the couple was left with an upper tier perimeter, contained by a stone wall.  At the very back, steps lead up to an arbor where one can sit in comfortable Adirondack chairs and look back over the rich, green fescue lawn surrounded by garden areas.

On the far side of the garden, two long parterres containing vegetables and flowers are bounded by stone walkways.  At the end of these rectangular spaces, a teak Lutyens bench is set against the back wall.  Closer to the house is another Lutyens bench, framed with a healthy stand of dahlias (why they bloom early, I can't say, but they have definitely been there for a while).

The view in the photograph above is of the back of the house, which has wonderful, cool porticos where the Ferrers often enjoy having dinner.  Going up the columns is Confederate jasmine, which unlike mine, was not hurt by the cold.   This is the selection 'Madison' which is hardier than the species.

The large jardiniere is actually a fountain set in the middle of a paved courtyard.  In June, the 'Annabelle' hydrangeas will bloom, and a bit later, a pair of tree-form pee-gee hydrangeas will flower in containers.

What I liked about the garden (pretty much everything, actually) were the simple lines of the clipped box hedges which set off the shrubs, perennials and vines.  The main garden was in back of the house, but as you entered under a breezeway from the driveway, the American Wisteria frutescens 'Amethyst Falls' had been trained up over the entrance.  A white climbing rose grew at the corner of the house.  Two classic teak benches were also in this area.

Alec Michaelides of Land Plus Associates, Ltd., designed the garden, which drew high praise from visitors.  The owners were cordial and welcoming.  It ended up being a nice way to spend a few hours on a Sunday afternoon.