How an informal garden was made from scratch 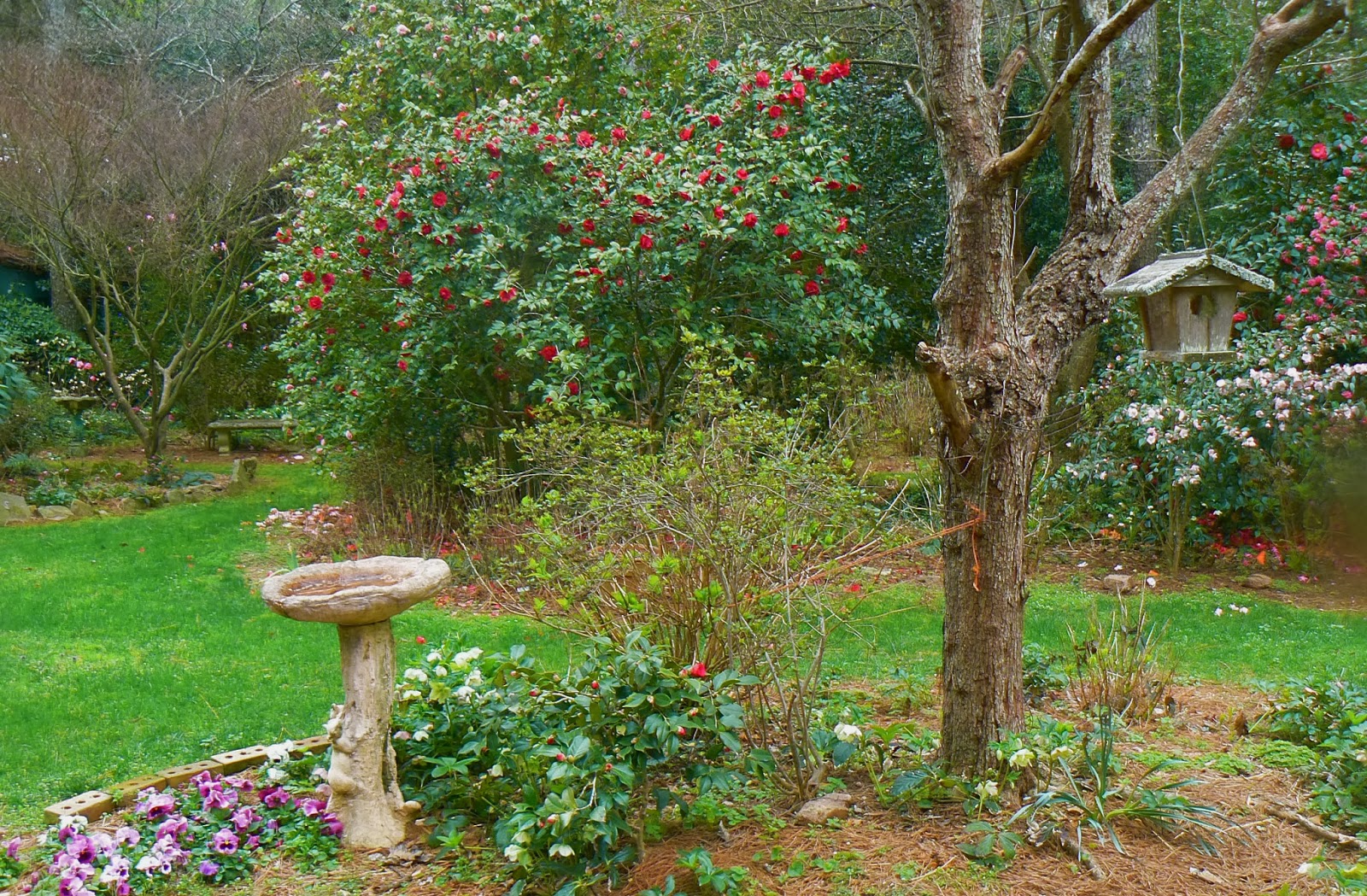 I can't count the number of times people have said to me, "I don't like formal gardens.  I want something free form and not so stiff."  Perhaps the individual expressing this opinion was picturing something like Versailles, where clipped hedges might include bedding plants in the middle of strict geometric outlines - probably not suitable for most home landscapes, for sure.

I really don't know what their vision was, but I do know that informal gardens without at least some structure can cause a person to wonder what is wrong.

For instance, once in Denver, I scouted a garden that was often on tours.  I could see its appeal.  It was jam-packed with interesting plants.  There were whirligigs sticking up here and there, an attempt at making the garden seem whimsical, I guess.

But, the garden wouldn't do for a TV show, as there was absolutely no structure to it whatsoever.  It would have appeared as a jungle.  Yes, it was informal to the max, but for me it was more chaos than anything.

I personally like straight lines, but then they suit my house.  The garden above was made from scratch, and it evolved into a loose-form collection of plants.  The difference was - even though it was informal - it still had structure.  Note the bricks outlining the beds.  Most of the beds were originally lined with rocks placed in circles around trees.

As the gardener - in this case Margaret Moseley - added more plants, the rocks were moved out from the trees and took on different forms, not necessarily circles.  Evergreens like Camellia japonica, Camellia sasanqua and boxwoods served to anchor the beds and provide a backdrop for perennial flowers and deciduous shrubs.

Eventually, the garden became a series of irregular-shaped island beds, connected by bright green grass paths of varying widths.  There were at least two straight paths, too, so you never knew exactly what to expect.  The best description I can think of is this is a collection of smaller secret gardens, where the visitor rounds a corner and is always surprised to see yet another display of flowers, shrubs and trees you never knew were there.

But, an informal garden, to be pleasing to the eye, needs outlining and structure.  Margaret has birdhouses and birdbaths in several locations.  She also included a grouping of benches and chairs and made two or three arches to pass from one area to another.

I chose a photograph taken in winter, so it can be seen that, although this is definitely an informal garden, there is still structure to anchor the eye.  Sometimes it is a tree trunk.  Sometimes it's a well-rounded shrub, like the red Camellia japonica 'Governor Mouton'pictured here.  It's not just beds surrounding an expanse of lawn, where you can see practically everything at once.  The magic here is that you are constantly making discoveries, and therein lies an informal garden that is both beautiful and at once intriguing.
Posted by Martha Smith Tate at 2:04 PM No comments: