Wishing for that special dark hellebore 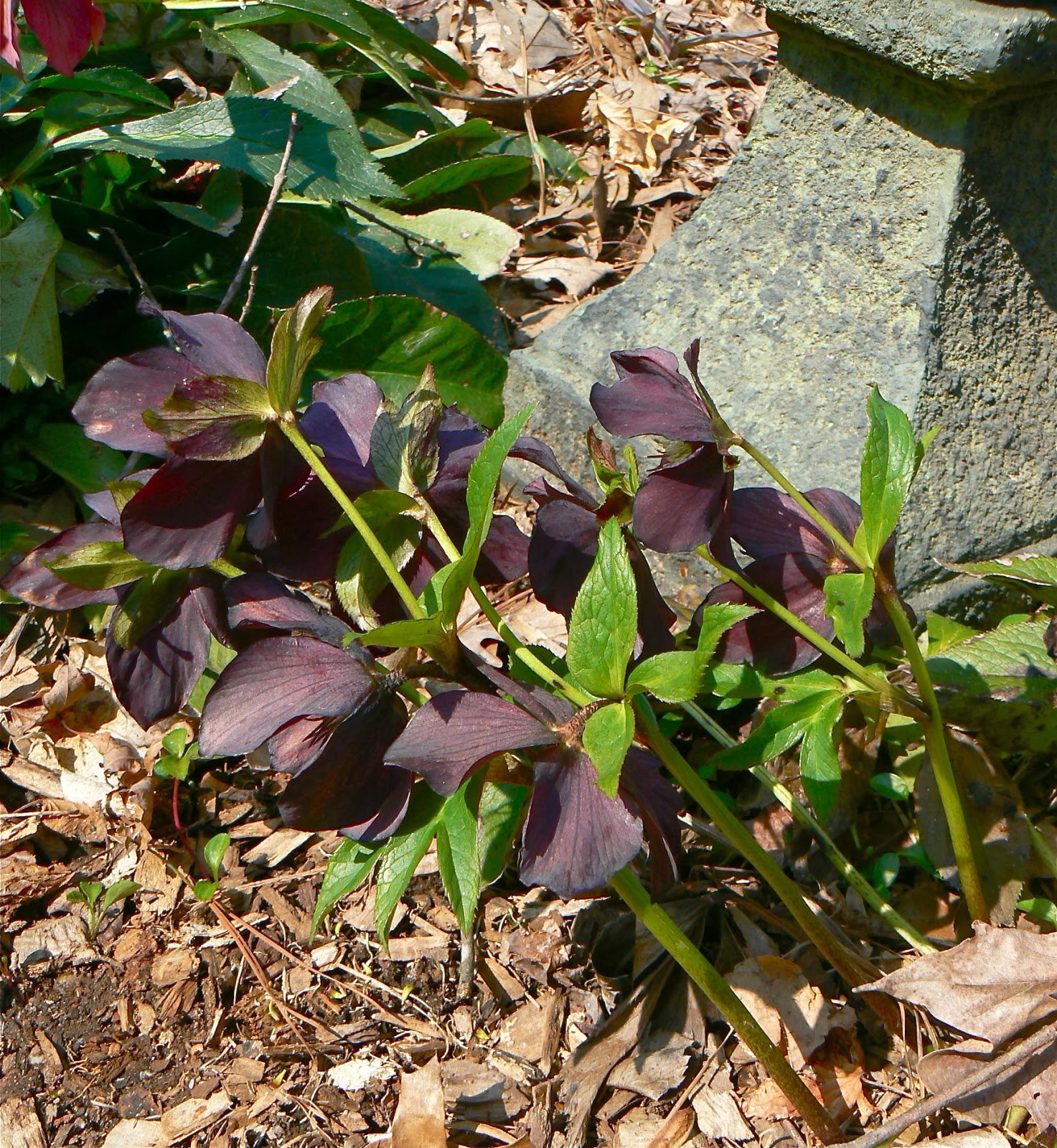 I used to travel all over the country (and once to Canada) to scout gardens for our series, A Gardener's Diary on Home & Garden Television (HGTV).   Sometimes, I would wind up in nurseries because oftentimes the owner would have a display garden.

The ones I remember best are the Mom and Pop kind, where someone had started off with a garden, and then had marked off a section to sell plants.  Usually, these were very specialized nurseries.  One woman in Marin County, California, had a wonderful garden with a wide variety of plants.  She also was crazy for geraniums (not the red kind we think of in summer, but the real genus of mostly spring to early summer perennials).  She had an entire section of her property marked off with pots of geraniums for sale.

It was in her garden that I saw black violas for the first time.  I was not so much enamored of their beauty, but of their strangeness.  The plants were all the more intriguing, because she had paired them with a lime green ground cover.  The jet black violas were not for sale, and nowadays I guess they aren't all that special.  You see black pansies at the big box stores around Halloween.

In the state of Washington, on the Kitsap Peninsula, I went to another garden with a specialty nursery.  This time it was black hellebores.  Why did I like them?  I don't know, because they actually were not all that pretty.  Again, just strange.  I did kick myself for not buying one, just for the intrigue.

But, what I do love for their aesthetic value are the dark, dark, dark maroon and purple flowers - almost black, but not quite.  I have photographs of such colors represented in roses, Louisiana iris and perennial verbena, among others.

I took the above photograph at Piccadilly Farm in Bishop, Georgia.  This is another specialty nursery with a display garden.  For years, the nursery has kicked off its season with an event called Hellebore Days, always the first weekend in March.  Although the nursery has expanded its offerings, it was long famous for its Lenten roses (Helleborus x hybridus, a.k.a. Helleborus orientalis).

The day I was there, all the dark hellebores had already been sold.  Another missed opportunity, but I did come away with a variegated boxwood (which I don't think has grown an inch since I bought it;  in all fairness, it has been moved three times, and I think it's reasonably happy now).

I'm not going to make it over there this year, but I will eventually find one that is as dark and dusky  and as beautiful (to my mind) as this one.  That's what makes gardening so much fun - the thrill of the chase, and finally to obtain that rare plant you've always wanted.
Posted by Martha Smith Tate at 2:50 PM No comments: