The tree I would choose to plant 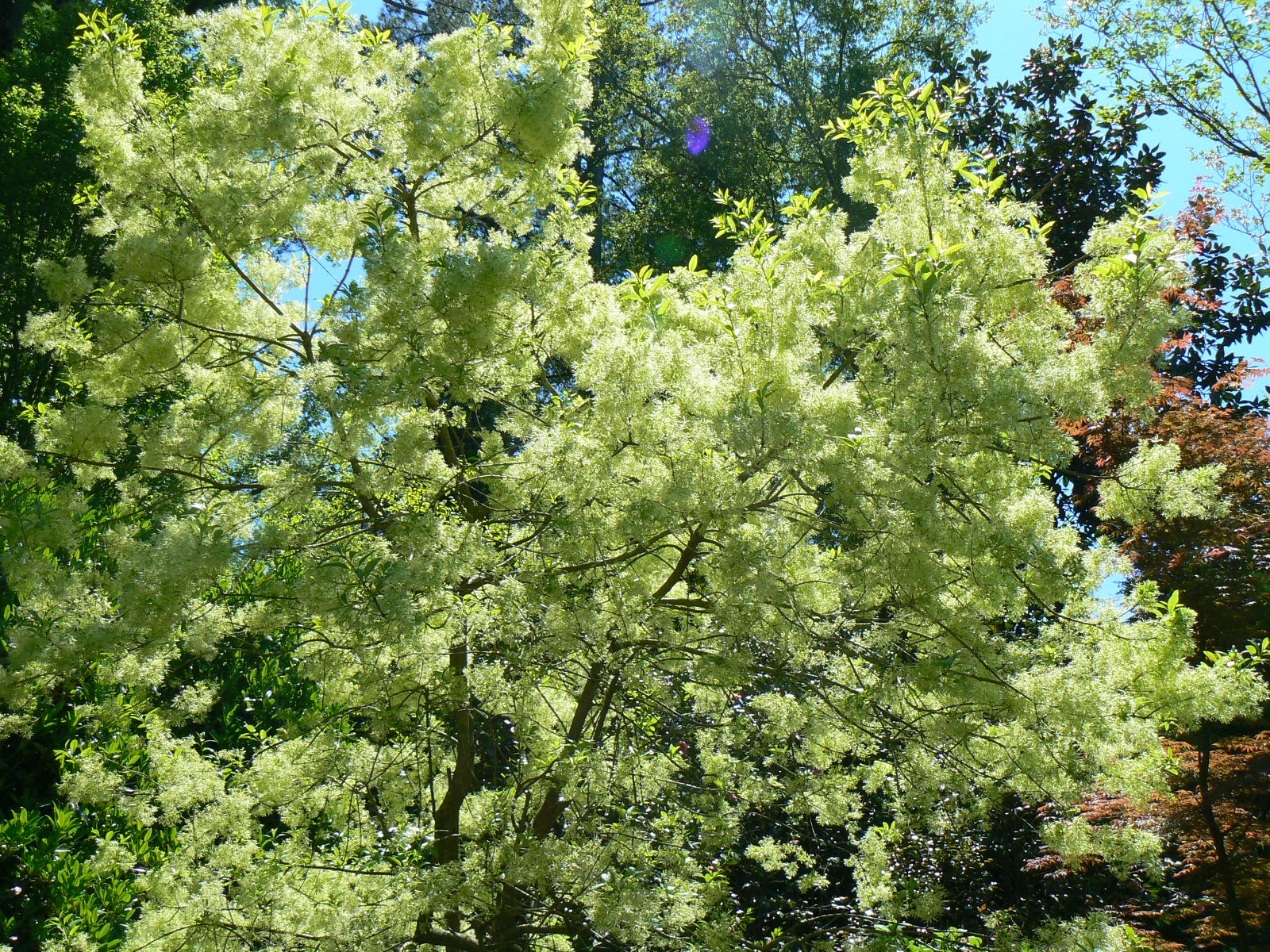 A good friend sent an e-mail yesterday asking what tree I would recommend as a memorial to friend's son who passed away recently.  His birthday was in April, and she wanted something that bloomed during that month.

I instantly thought of Chionanthus retusus, the Chinese fringe tree.  I think it would answer any requirements for something appropriate for a memorial.  One, it blooms spectacularly in April.  One of the most beautiful specimens I've seen is at the Augusta National golf course.  The one time I attended the Masters' during the second week of April (thanks to tickets from my friend who posed the question), the tree was in full bloom and was breathtaking.

Another plus for the tree is that it has handsome bark in winter and, during the summer, dark green leaves.  The females display dark blue, ornamental drupes in September.  It also is rather fast-growing and blooms at an early age.  It's more compact and grows taller than its native American cousin, the grancy graybeard (Chionanthus virginicus)

For all you University of Georgia fans, the tree you see above was photographed in former athletic director and famous Bulldogs football coach Vince Dooley's garden.

One last thought.  Last year, I visited Jim Scott's garden at Lake Martin in Alabama.  He had added acres of new garden space since my last visit, and one of my favorite combinations was this tree, paired with a giant Viburnum macrocephalum.  It was hard to tell where the huge snowballs ended and the frothy fringe tree began.  It was, however, a brilliant and memorable pairing of two good plants for the South.


Posted by Martha Smith Tate at 6:17 AM No comments: