What makes a winter garden? 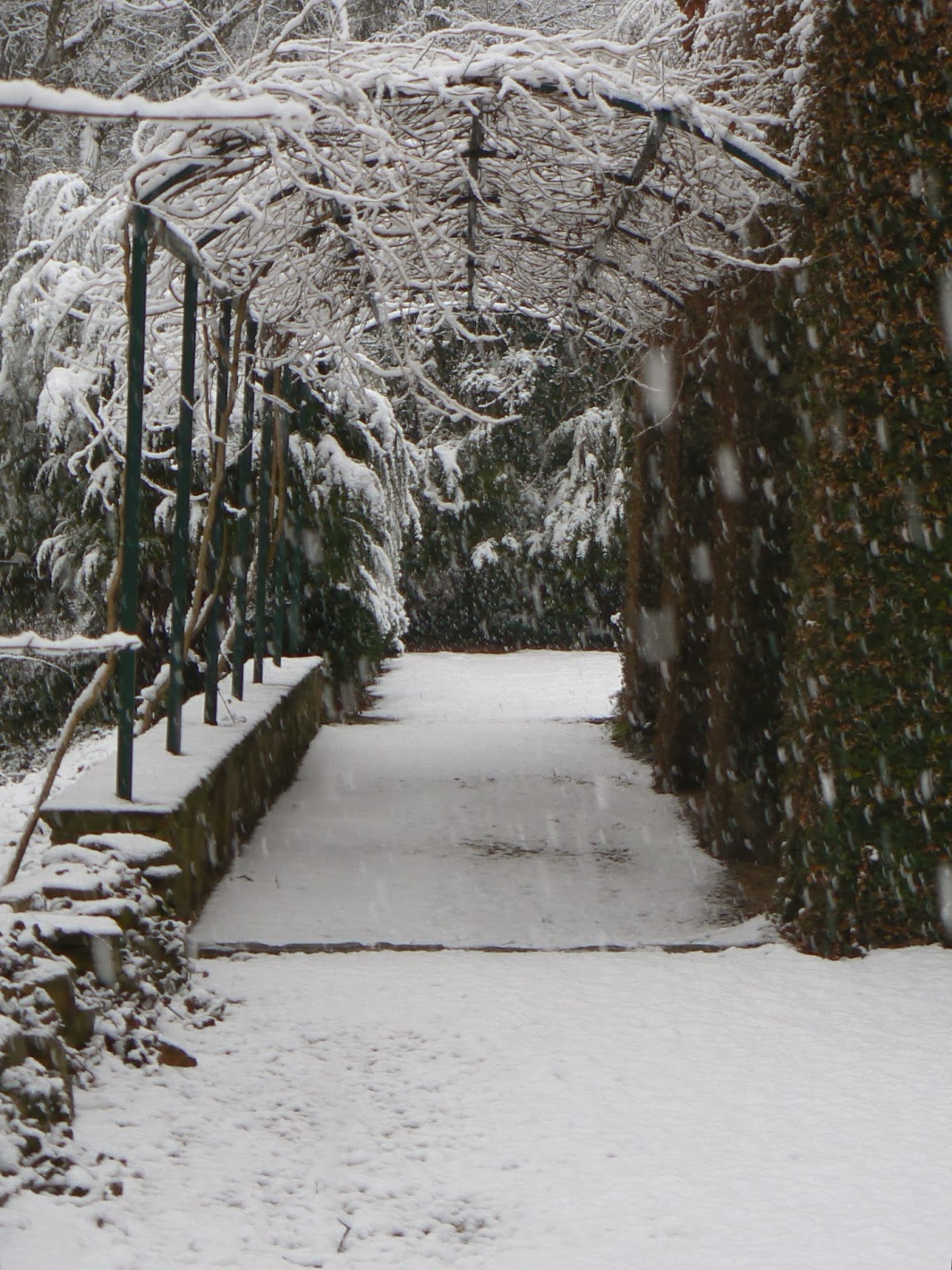 When I think of a winter garden, I think first of camellias, daphnes and hellebores.  However, there are many more plants that bloom here in mild spells - winter honeysuckle (Lonicera fragrantissima), wintersweet (Chimonanthus praecox), Japanese flowering apricot (Prunus mume) and witch hazel (Hamamelis x intermedia), to name a few.

But what if it's nine degrees outside?  The hellebores at my house are still hiding.  That includes a Helleborus niger (Christmas rose) that hasn't bloomed since I allowed someone to take a piece of mine many years ago.  I've been thrilled to see that I was at last going to have a flower.  However, it is still curled up, and I hope it survived last night's frigid dip.  I had covered the bloom lightly with a couple of leaves.  This remains to be seen.

Looking back at other years, I came across this photograph.  It was taken during a February snow storm.  This tunnel arbor on the back of my house is 40 feet long (hard to tell its length in this picture; it looks shorter).

The vine you see atop the iron arches is Campsis radicans var. flava.  At the end of June, it begins blooming with yellowish-apricot flowers that attract hummingbirds.  I have to keep cutting it back in the growing season, because it throws out branches on top of branches so that the top stands up too tall and ruins the effect of the arches.

I think this is a good illustration of how effective structure can be during winter.  I almost think this feature is prettier in winter - even without the snow - than it is in summer.

So, for now, I'm counting this as my winter garden until it's warm enough for the camellias to bloom and the hellebores to unfurl.

Note:  I wrote this on Friday, January 24, and thought I hit "Publish".  Obviously, I didn't.  Now, it seems I might have another chance to photograph my tunnel in the snow.  The difference would be that the fig vine which you see to the right on the walls is now crispy and the color of winter beech leaves.  It will be a long time coming back, I fear.

Posted by Martha Smith Tate at 1:49 PM No comments: