'Tis a gift to be simple ....especially at Thanksgiving 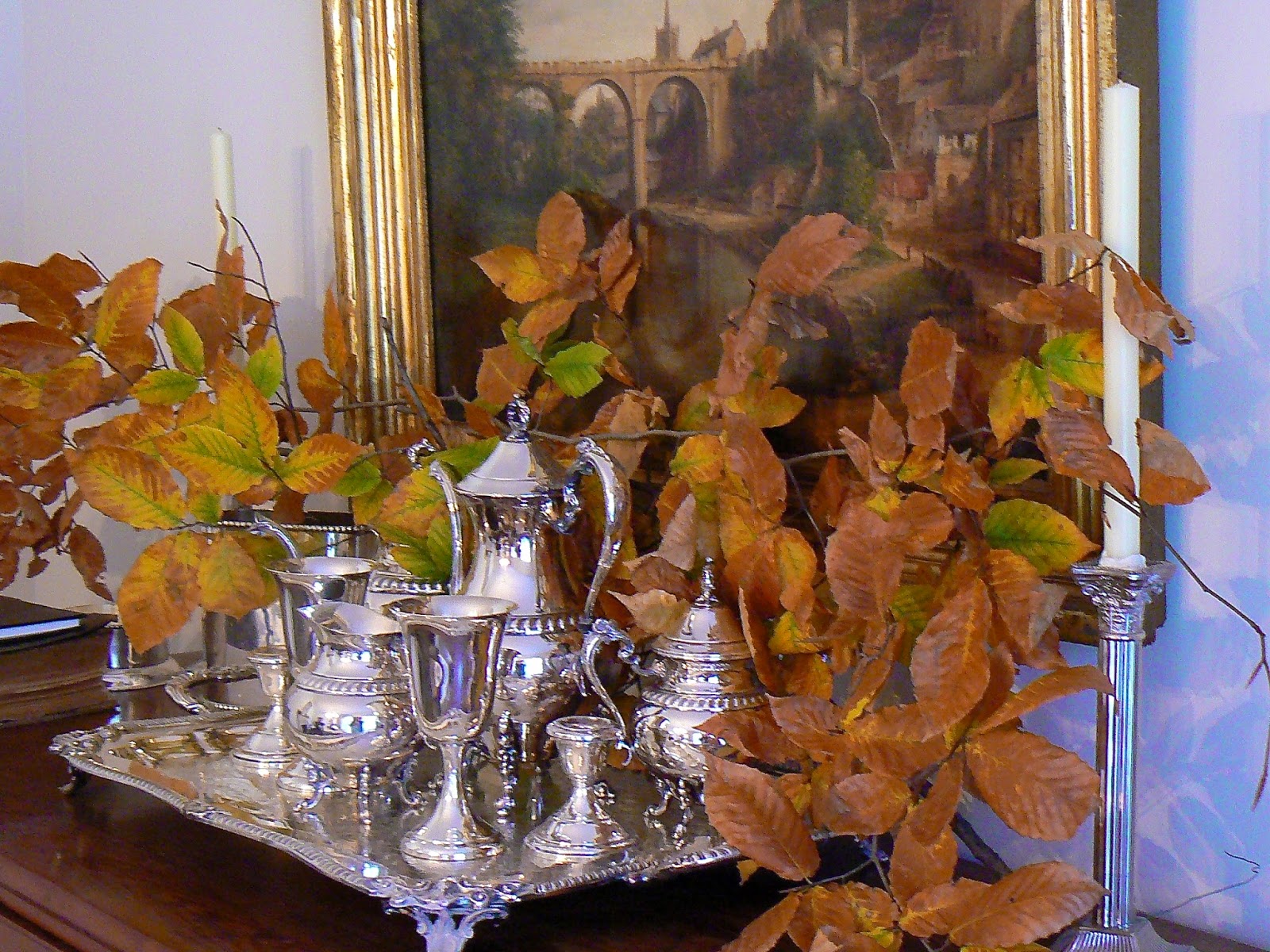 Today, I'm thinking about where and how friends and relatives are celebrating Thanksgiving.  For example, according to a posting on Facebook, my nephew and his wife and four boys are on a cruise, presumably in the Caribbean.

My friend Benjie and some friends have spent Thanksgiving together for decades.  Each person or couple brings a dish, and they rotate homes every year.  At least three of them are decorators, and cleverness counts when it comes to the table settings.  When it was Benjie's turn a few years ago, I drove over to his house and took pictures of his stunning table.  He hosted again last year, and I was envious of a ceramic turkey (a large one) he got off eBay.  He said it wasn't expensive, maybe $12, which set me afire even more.  I've always wanted one of those.

Also, last year he took two large orange pumpkins and put them in a pair of magnificent antique bronze urns, set at the ends of a kitchen island.  To make this combination appear even more rustic (mind you, the bronze urns are very elegant), he stuffed hay around the pumpkins.  I had a moment of thinking how unoriginal my decorations were when I saw what he had done.

But that's okay.  All I ended up doing was using what I had on hand and what I could pick from the yard.  Wait.  That's not really true.  My team did the Harvest Sunday arrangement for church last year(a giant cornucopia on the altar), and I splurged and bought some rose hips at the wholesale florist.  I used them in an arrangement of beech leaves (picked fresh Thanksgiving morning; they dry out and curl to a crisp after a few hours).  I used my mother's cornucopias on the mantel in the dining room.  They were stuffed with dried okra from the farm, Mother's fake grapes, dried pomegranates, poppy pods and nandina berries (still in the orange stage), among other things found in the woods.  I also included some wisps of bittersweet I picked, at great risk to injury, from the side of a nearby, very busy road.

When I had run out of time, I ended up just throwing some beech branches on the pine Georgia hunt board (back in the thirties, my father-in-law found the latter on a porch in north Georgia; it was covered in white paint; the story was that he took his knife and scraped off a place to see beautiful wood underneath).

Anyway, if you ignore the painting hanging crooked over it, the hunt board and the my mother-in-law's silver service and the beech leaves carelessly thrown on there turned out to be my favorite decoration.  Sometimes, the simplest things can give you the most satisfaction.