The ginkgo leaves this year 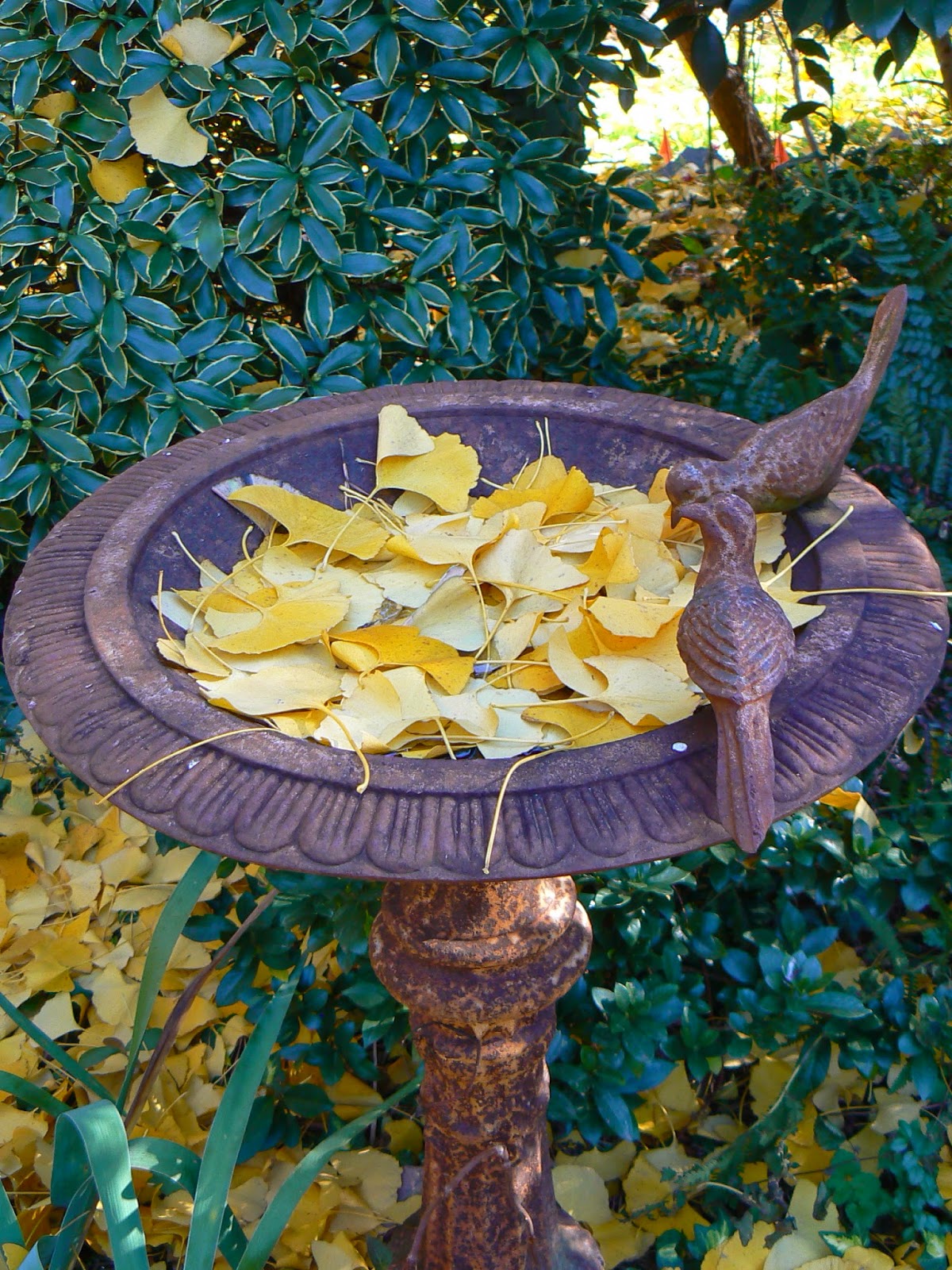 Several people have sent me before-and-after photos of their ginkgo trees this year.  When I received them, I realized the leaves had all turned and fallen early, according to my photo library.

But, this year was different for some of the ginkgoes around town. The ones at church never turned completely yellow before they fell.  Matter of fact, I went to church on Sunday, ready to take my annual photo looking up through the golden-yellow leaves at the blue sky and the steeple, only to find the trees completely bare.  I looked on the ground, and most all of the leaves were green.

I called 98-year-old Margaret Moseley, and she said this is the first year the leaves have fallen before they turned.  She estimates she planted her tree in the 1980's.  Every year, she would monitor the tree and have her chair ready to watch the glowing yellow leaves rain down in one day.

"I would sit on the porch and watch them fall," she said.  "This is the first year the leaves have failed to turn yellow.  I looked out today, and there wasn't a leaf on the tree.  There were only green leaves on the ground.  This has never happened this way in all the years I've had the tree."

So, who knows what happened this year?  I have dozens of pictures taken in the past of ginkgo trees putting on their spectacular fall show.  I'm sure this is an anomaly, but one wonders why.

One more thought:  Margaret has a female tree (not a pleasant odor, although I've never noticed it).  What I did see the other day were seedling ginkgoes coming up in some of her beds.  I am wondering.  Liz Tedder wrote to say she retrieved a seedling this way years ago.  I know that unless I live to the age of Margaret, I wouldn't see a ginkgo tree in very mature form.

But should I take some of these seedlings and plant them for future generations?  There was a woman in Wisconsin - now deceased - who, in her 80's was planting small oak trees like crazy.  She said she wanted the trees so that someone way after she was gone would be able to have shade on her blistering sunny hilltop.  Maybe I'll try this at the farm.  American elm trees keep coming up and succumbing to disease.  Perhaps some ginkgoes would thrill whoever occupies the land decades from now.  I like that idea.