Not much change in Charleston, except for my camera and me 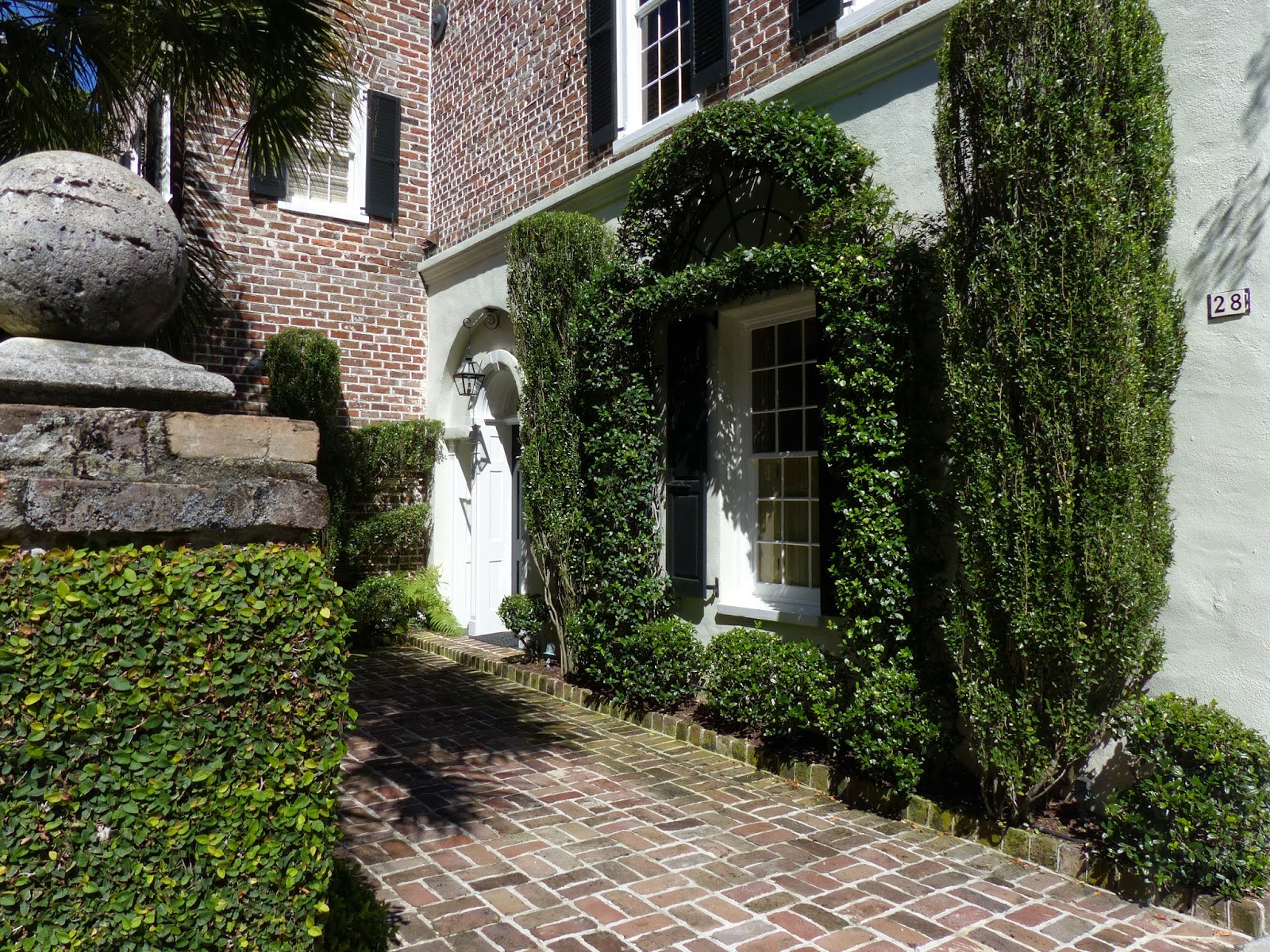 As I walked the residential streets of Charleston in early October (along with hoards of tourists), I had my new camera and took lots of pictures of "gardens."  Actually, most were streetscapes, like this one.  I was reminded once again of how big an impact can be accomplished with so little planting space.

This photograph matches up with another one I took of the exact same house in 2007.  Hardly anything had changed.  There was no Clematis armandii draped on the column to the left as had been before (the fig vine was the same).  The boxwoods (or are they Japanese hollies?) had grown more together under the window.  Before, it looked like four separate shrubs.

There was still the clipped Confederate jasmine framing the window and shutters and transom.  And miraculously, those fastigiate hollies (I'm thinking 'Will Fleming') were still upright and standing as anchoring sentinels for that narrow strip.

The only change was the perspective of the photograph.  I didn't show what was around the corner to the right, next to the number 28.  There is a brick facade with a wrought-iron sconce holding a lantern over a doorway.  That was all still there, but I elected to show more of the espalier (the same shape as before) on the back wall.

I think this is a case of, "If it's not broke, don't fix it."  There's not an ounce of color except for the lush green of the foliage against the beautiful old brick and Charleston black/green shutters.  But, just imagine what that white stucco wall would look like without this simple, but beautiful planting.

On the trips to France and Italy, I was always struck by how a big, blousy rose could come out of a square in the pavement that measured only six by six inches and climb up two stories high.  Sometimes, I think we forget that we could soften a wall or add interest to a door frame with a single plant.  Simpler is not always better, but in many cases it is.  I'm thinking that whoever owns this Charleston house has figured out that it's best to keep what works - an uncomplicated but attractive arrangement that is timeless and suits the space.

Posted by Martha Smith Tate at 8:12 AM