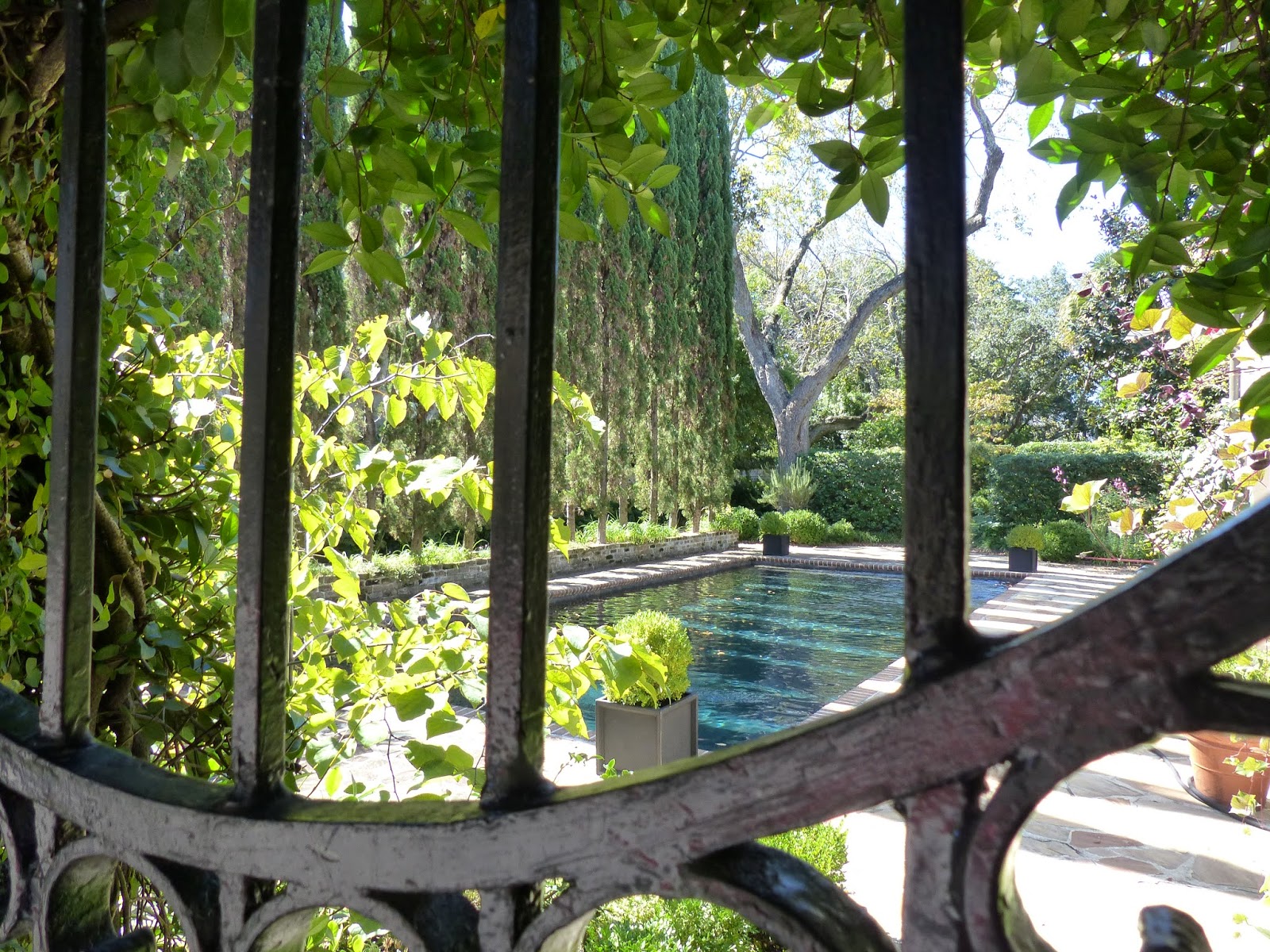 There's nothing like strolling through the streets of historic Charleston on a beautiful day.  The only thing was there were so many tourists.  But then, what was I?  You're still a tourist even if you are there  to attend a wedding (and what a wedding - I'm still kicking myself for forgetting my camera to record the gorgeous tent, the amazing flowers and candles and greenery-draped chandeliers and monogrammed linen cocktail napkins!).

Anyway, on Saturday morning, I took off under a bright, sunny sky.  A front had come through the night before, and it was actually chilly.  I walked first to find the church so I'd know exactly where I was going that afternoon.  On the way, you could hear the clip-clop of horse-drawn carriages.  Sometimes, I'd follow along and stop when they did, listening to the history lessons.

I passed the scene above, obviously spying through the gate (I like it when Charleston residents give you a glimpse into their alleyways and narrow gardens).  It was a difficult day for photography, because it was bright and crisp, and every shadow was sharp in the harsh light.  Thus, this swimming pool looks striped.  Still, you can get the idea of the small, but striking landscape.

I did find the lovely old Episcopal church.  It was just across the street from a garden we featured on A Gardener's Diary on HGTV.  I peeked inside that garden, too, and admired the old roses in bloom.  There was tropical vine I was not familiar with, blooming on the fence.

My walk lasted three hours, and I was able to take pictures of gardens I'd photographed in 2007.  It still amazes me how so much can be done with so little space.  You'll see a wall covered with Confederate jasmine, and the whole plant is coming from one little opening in the sidewalk.

When it was time for the wedding, my daughter and I took a bicycle rickshaw to the church (my other daughter was a bridesmaid).  As we were dodging traffic, I glimpsed some gardens I'd missed.  I saw just enough to make me want to go back to Charleston.  I don't think I can ever get enough of peering through iron gates or openings in brick walls to see all the treasures hidden there.