The winning shade garden and a ghost? 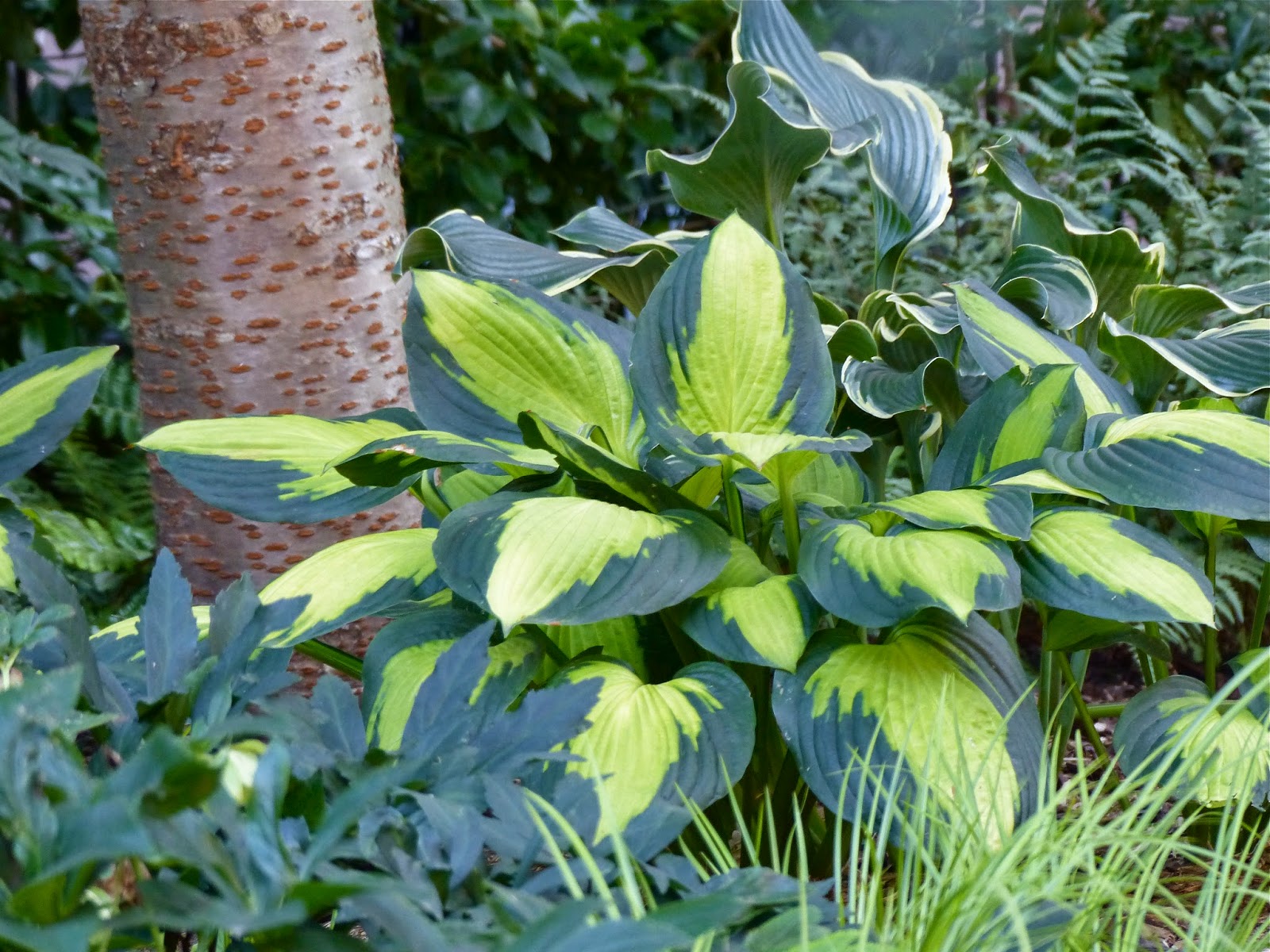 It turns out that on my walks through the streets of Cobble Hill and Carroll Gardens in Brooklyn, New York, I was not able to capture large scenes.  This was due to the fact that wrought iron fences - many of them quite old and stunning - kept me from getting an entire view.

I had a fairly decent photograph of this winning shade garden (I was rating all the gardens I saw, and this one was the best one for shade), which had interesting plants and was well-kept, but the fence (thick, black wrought iron with a fleur-de-lis pattern) showed up clear, and the background was fuzzy.  So, we're going to have to depend on our ability to picture what this front yard looked like, using only my description.

What you can't see here is this: a large area between the fence and this hosta grouping at the base of a cherry tree was covered in the mat-like, yellow creeping jenny (Lysimachia nummularia 'Aurea').  There wasn't a flower in sight (only two lily stalks, long bloomed out), but there were many textures and colors of green and chartreuse that made the garden look sort of like a tapestry.

On the left in the foreground are the leaves of hellebores.  On the right is a light green acorus.  I don't know the name of the main hosta here - seems like there are several that have these particular markings and coloration.  I'm pretty sure, though, that growing just to the back of it is Hosta 'Sagae'.  There was a camellia in the background, and you can see that there were also ferns - several, in fact.

Flanking the steps to the brownstone were two large, spreading Hydrangea macrophylla, but no flowers.  Near the fence was a heuchera with bluish foliage.  Next to it, as far as I could tell from my photograph, was a miniature rhododendron.  I can't be sure about that - it seemed too compact - but it was a good, heavy textured leaf next to the more delicate ones of the heuchera.

What I can't figure out is the "ghost" in the background between the hosta leaf and the fern.  I took several pictures of this exact scene, and in only this one is a smoky-looking mist that looks as if something were wrong with my camera lens.  That could have been the case, although nothing shows up anywhere else.  I choose to believe that it was the spirit of a 19th-century woman, fresh off the boat from Norway, who lived in this house and tended its front garden, which I'm sure looked very different back then.