Flowers along the street 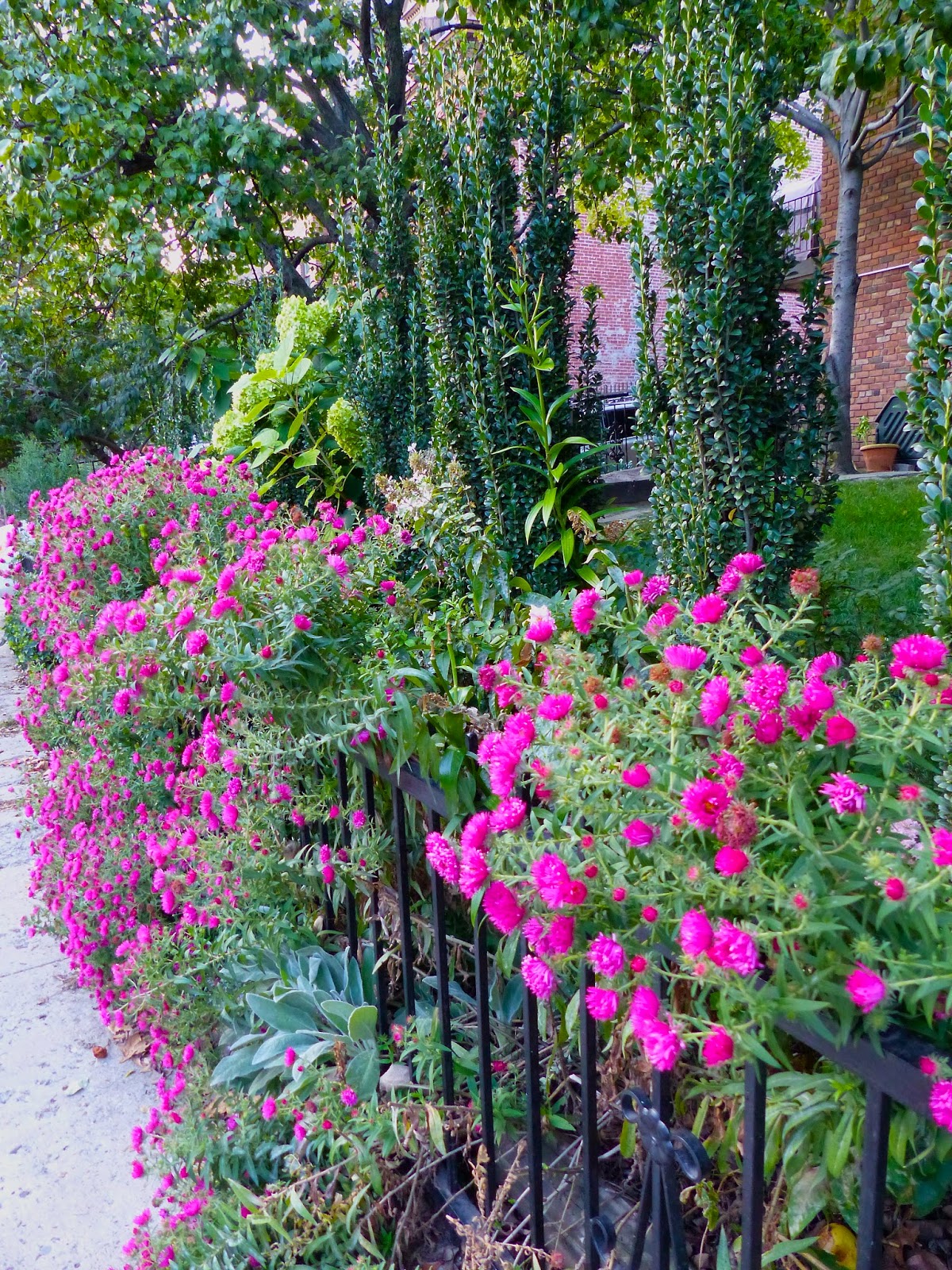 Walking around the Carroll Gardens/Cobble Hill areas in Brooklyn, New York,  I've made up a sort of contest.  Not that people-watching is not enough, but I'm forever interested in which plants are used and how they've been arranged.

Most of the brownstones that make up the bulk of the houses in the area have only stoops and a tiny space in front.  Thus, I have a window box contest, a "best hosta" category, most attractive shade garden - so many of them seem to be in deep shade - and "best containers on steps";  sycamore (or are they London plane?) and ginkgo trees line many of the one-way streets, casting deep shade.  I'm always surprised when I see a bright red geranium growing in what seems at five o'clock in the afternoon a very dark place.

The above is the only candidate in its category, which is "best fence planting in Carroll Gardens."  This area, as I mentioned in a previous post, has large rectangular spaces in front of the tall houses.  The one here had a lawn taking up most of the area, so there was only the part along the fence that had much interest.  Other gardens might have qualified, but the roses or coneflowers or iris were long spent.  They would have looked good at another season.

The glowing hot pink you see here is some sort of aster.  The lamb's ear along the sidewalk adds a touch of blue.   There's a 'Limelight' hydrangea planting among a row of Ilex 'Sky Pencil.'  I thought this was a good use of this latter evergreen, which so often looks lonesome and stark out growing by itself.  You can see that earlier in the summer an Oriental lily bloomed along with some garden phlox.

I still have a few more streets to cover, but in general, the spaces intended for gardens have been a bit disappointing.  I have to think that the people in charge may have once had time or strength to keep a garden up, but not anymore.  And, it's not really fair to judge the gardens in September.  It's obvious that I missed a lot of mophead hydrangeas and many roses and other perennials.  And, I can't count the vegetable garden someone planted.  It's really well-done, with beans still going along the iron fence.  But, it's not photogenic at the moment.  I bet it was back in late July/early August.