In the potager of a country garden 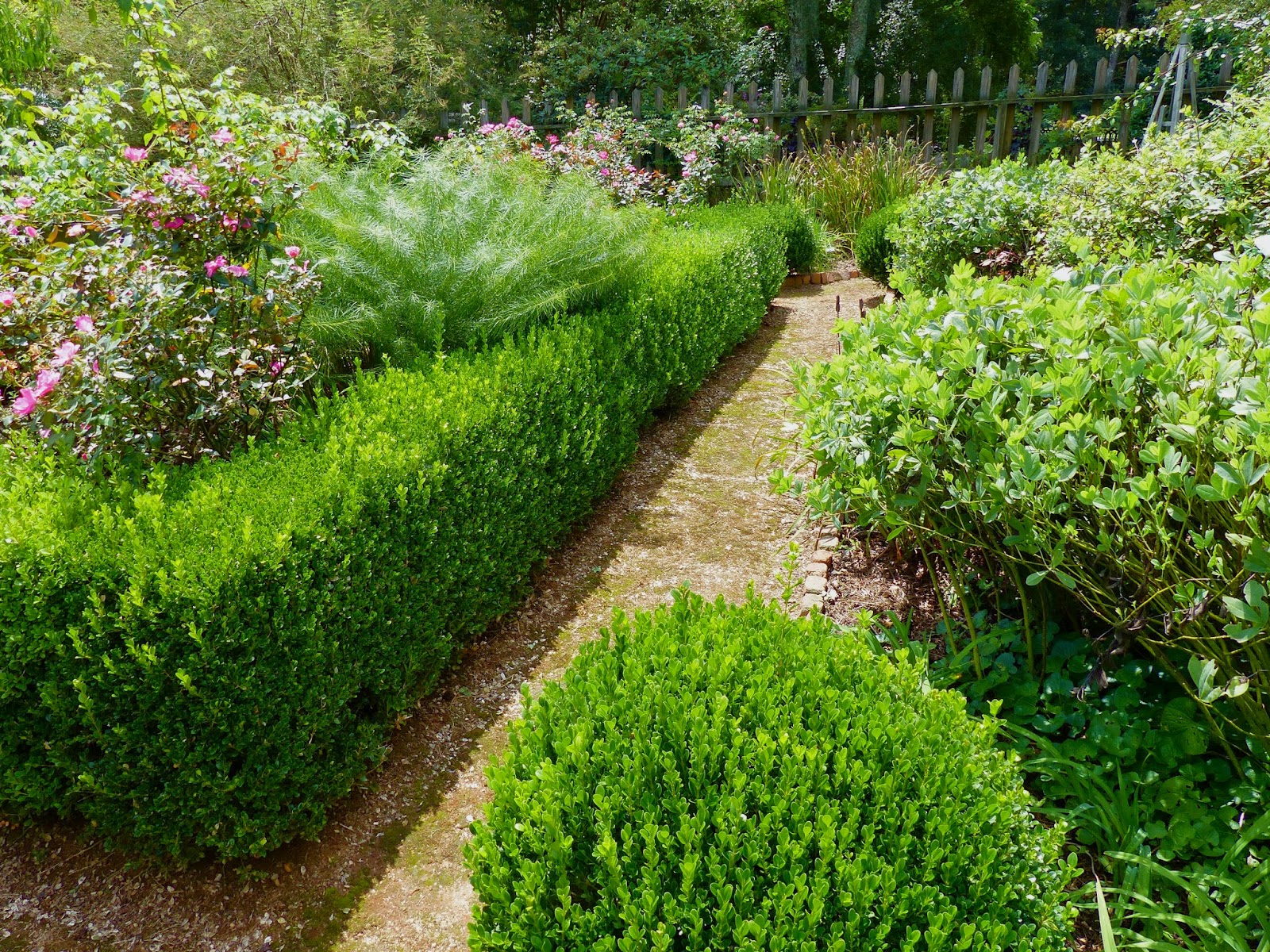 Does your vegetable garden look like this?  Just kidding.  What you can see in this view of Liz Tedder's giant potager consists mostly of shrubs and perennials.  On the right is probably the largest baptisia (this particular one is blue and blooms in May) I've ever seen in captivity - or anywhere, for that matter (I did see them in the wild on the prairies of Wisconsin).  On the left, about midway down the box hedge, is Arkansas blue-star, Amsonia hubrichtii, which in a few weeks will become a spectacular cloud of yellow-golden mist.  In the spring, it is covered in light blue starburst-shaped flowers.

Liz calls this portion of her vegetable garden (I'm only estimating the total size to be an acre, probably more) the French area.  If you look back at posts dated June 4, 2014, June 29, 2011, and January 27, 2012, you can get the story of how Liz saved an ugly duckling (a long-neglected 1830's plantation house about 30 minutes south of the Atlanta airport) and turned it into a swan.  And, then she started the gardens, which rival any public gardens I know of (more work for you; if you google Oak Grove Plantation, you'll be led to an article I wrote explaining the gardens in the Atlanta Journal-Constitution in 2008; for some reason, I can't make it work so that all you have to do is just click within this blog; need to ask my daughter how to do this).

In 1992, when we shot the pilot for A Gardener's Diary, a series invented by two friends and me and which aired on HGTV for eleven years, we were in the country garden of Ruth and Dennis Mitchell in Lamar County.  Ruth was in charge of the flowers in this brilliantly-colored, multi-acre cottage garden, and her English-born husband Dennis oversaw a large vegetable garden.

For years, we quoted Dennis, who is shown hoeing some corn slips, while multi-colored bearded iris and bright Shirley poppies wave in the wind all throughout his vegetable plot.  In his British accent, toughened by a lifetime spent in Australia, Dennis says, "A veg-e-table garden shouldn't be just a veg-e-table garden, you know.  You need to get some flowers in there, as well."

Standing in Liz Tedder's elegant concept of a vegetable garden, I thought of Dennis.  There are tons of vegetables (and lots of fruit) in Liz's garden, but like Dennis and Ruth, she has plenty of flowers, as well.  From this view, taken on a very hot, humid day in mid-August in the broiling sun, you get an idea of the passion and imagination (and hard work) brought to this land that, for the better part of a century, was host to tall weeds, scrub pines and rusting machinery.  It is nothing short of phenomenal.

(More to come on the recent visit to Liz's garden).