Capturing an American scene in a country garden 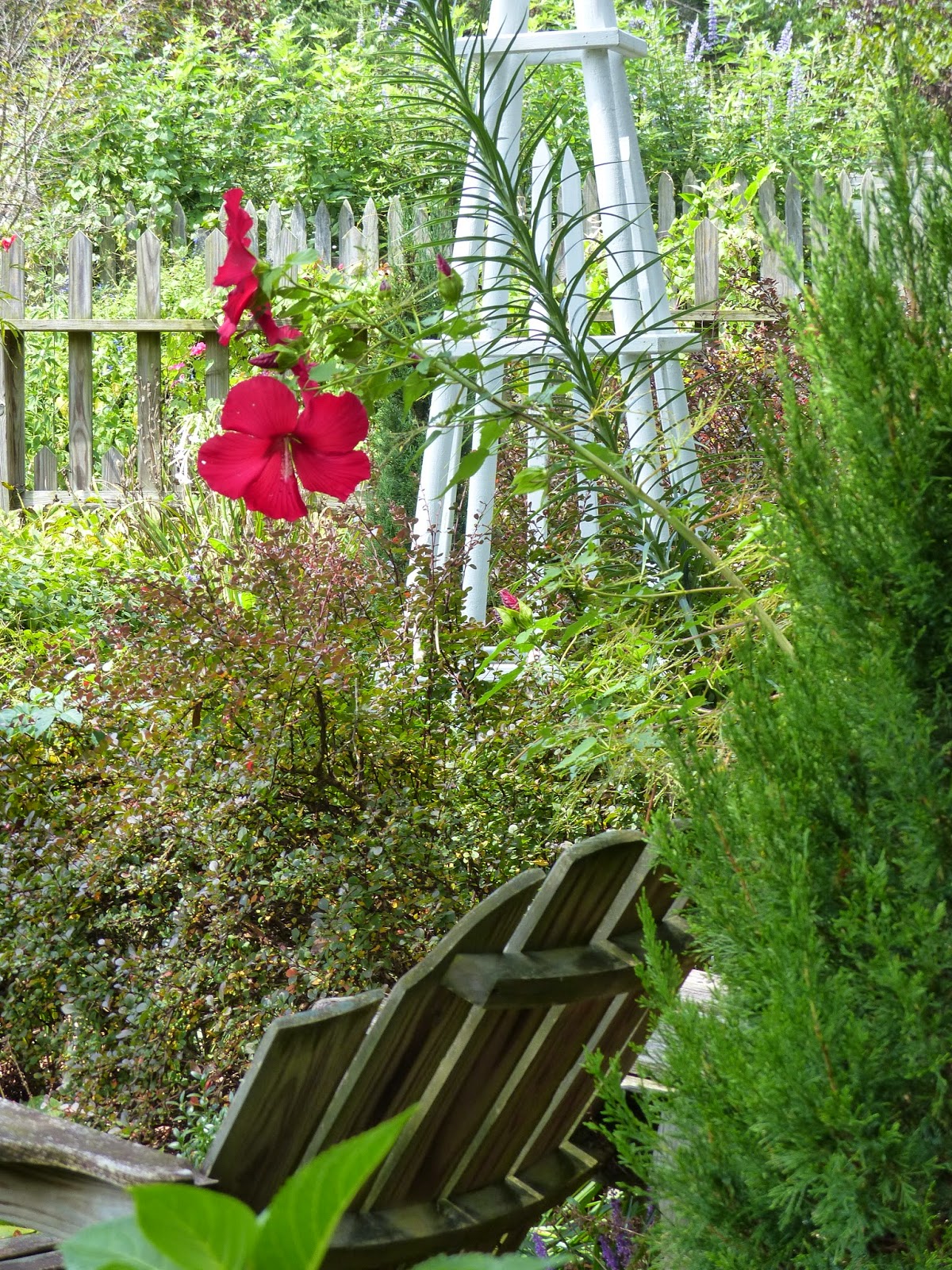 Somewhere in my clutter room upstairs that contains boxes brought from my daddy's office and my parents' home (this winter, I will go through them, I have promised myself) is a copy of a Garden Design magazine from the 1990's.  In the back is an excerpt from either John or William Bartram's diary.  I have no hope of finding the magazine at this moment, so I'll say that it had to be from one of the Bartrams' botanical expeditions to Florida in either 1765-66 (John) or 1773-1777 (William).

If my memory serves me correctly, Bartram was in an area near the St. John's river.  As he was looking out across a swamp, he saw a brilliant red flower -  Hibiscus coccineus, known as either scarlet mallow or swamp hibiscus.  I can't remember if he got close enough (wouldn't there have been alligators in that swamp?) to the plant to take a sample.  I think he was able to draw the flower, or did he describe it so well that I could see it in my mind?

Walking through Liz Tedder's giant potager, I looked over my shoulder to glimpse this Adirondack chair, which has its origins in New York, with the native American flower from Florida hanging over it.  Seeing two things so uniquely American, caught in a moment in the August light, sent a little chill up my spine.

Scarlet mallow is a perennial that grows from six to ten feet tall.  The year of a terrible drought, a friend gave me a plant.  I parked it in the border at my mother's house where it struggled and did not survive.  I now realize it would have had a better chance in back of my house where the cardinal flowers grow.  I need to give this flower another try, as it is delightful to look up on an August day and see, as Bartram did, a stunning red flower glowing in the sunshine.

Note:  This is an easy flower to grow, especially given enough moisture and sun or part sun.  Hummingbirds love it, and I would imagine it would also attract butterflies.  It blooms over a long period in summer.  Plant Delights in Raleigh, North Carolina, sells the flower, but you might be able to get one from a friend, as this is sort of a passalong plant.  Note:  The leaves are palmate and look very much like marijuana foliage.   That other tall stem in the photograph, with the slender leaves, is a Formosa lily, which blooms at the same time.