A country garden gets new life 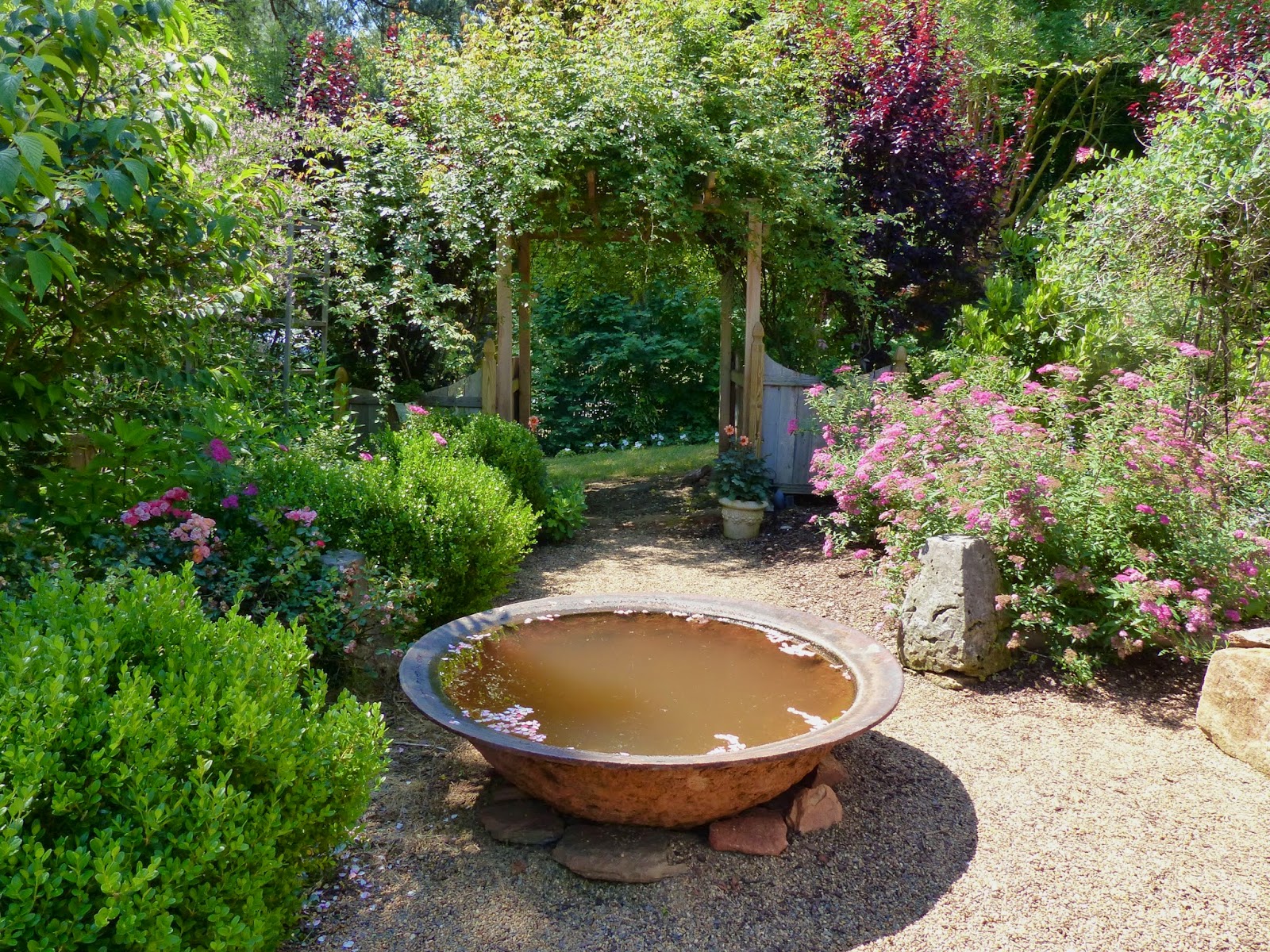 On Saturday, I was privileged to go on the Coweta County Master Gardeners' tour, and I must say so many memories came flooding back.

First of all, I shall digress.  To visit one of the gardens, located at the corner of where two narrow country roads meet, we had to park at Andrews Chapel, a picturesque white clapboard Methodist church in the historic crossroads of Roscoe, Georgia.  I walked into the small church and tried to picture myself as a teenager, playing for a wedding of someone who was a member there.

This is something you may not know about me (or care to know), but in my former life, I was a church organist.  If you got married in my church in Palmetto while I was in high school or in the years between my college graduation and the time I left for San Francisco and wound up as a ski bum in Taos, New Mexico, and then lived a year in Paris (a whole other story), I probably played for your wedding or your loved one's funeral.

But back to Andrews Chapel.  I don't recall if I played the piano or the organ. I remember that this girl's mother got me to play for her daughter's wedding. I think I was a senior in high school, and the daughter was a year older than I.  That's the only time I've been in that church until Saturday.

Now, that I've gone astray with that confession, I'll get back to the garden.  I got off the shuttle and couldn't believe what I saw.  I've known this house since I was a child.  My great-grandparents lived in an almost identical one (a Southern plantation saltbox) right up the road.  Both were built in the 1830's.

But this one always had something special - a boxwood parterre on the side of what used to be an unpaved road (in fact both of these roads were unpaved when I was a child).  The design was laid out in 1837, allegedly at the same time a similar one was commissioned for an ante-bellum house in Palmetto (torn down in the 1980's in order to put up a Chevron station).  The garden designer came from either Belgium or Germany, I've forgotten which.

Of course, I knew the scion of the original owners, or rather my parents did.  After his death, a garden designer from Atlanta moved into the house.  The present owner has been there only four or five years.  I almost fainted when I went in to see that he has established wonderful garden rooms all around the house in such a short time.  He's respected the country atmosphere and has planted old-fashioned plants along with roses, which cascade from arbors or are tucked into the numerous beds.  He had many wonderful shrubs and perennials (ex:  Penstemon 'Husker Red') and climbers like sweet autumn clematis and Lady Banks roses.  There were purple smoke trees and oakleaf hydrangeas and just about anything else I can think of that will grow in Georgia.

The boxwood parterre is still there and surrounds the beautiful gray twisted bark of ancient cedar trees.  There is a potager and many alley ways flanked by 'Annabelle' hydrangeas coming into bloom and rows of paniculatas, which will flower later.

The owner is a well-known, high-end caterer and event designer.  That very day, he was doing a wedding with 300 guests at nearby Serenbe.  He grows much of the foliage and many of the flowers he uses for his designs.  I remember that he was the top choice for my daughter and son-in-law's wedding last October, but he was already booked.

It is now my ambition to meet this person and to go back when I can take photographs more easily.  Saturday was a bright day with many visitors, which was great.  I love when people are interested in gardens.   From just looking at what was there, I can see he has it timed to have something going all the time.

In the photograph above, he used a basin he found on the property to anchor one of the "rooms".  He had also placed boulders in the garden - not ones brought in from somewhere else - but ones that had probably been there for 175 years.  I'm guessing they could once have been used in the foundation of some of the outbuildings.

After having seen so many derelict places from the 19th century either neglected or torn down, it did my heart good to see the new life brought to this historic place by someone who knew its importance and had the taste to make it into something wonderful.