Where did all these dogwoods come from? 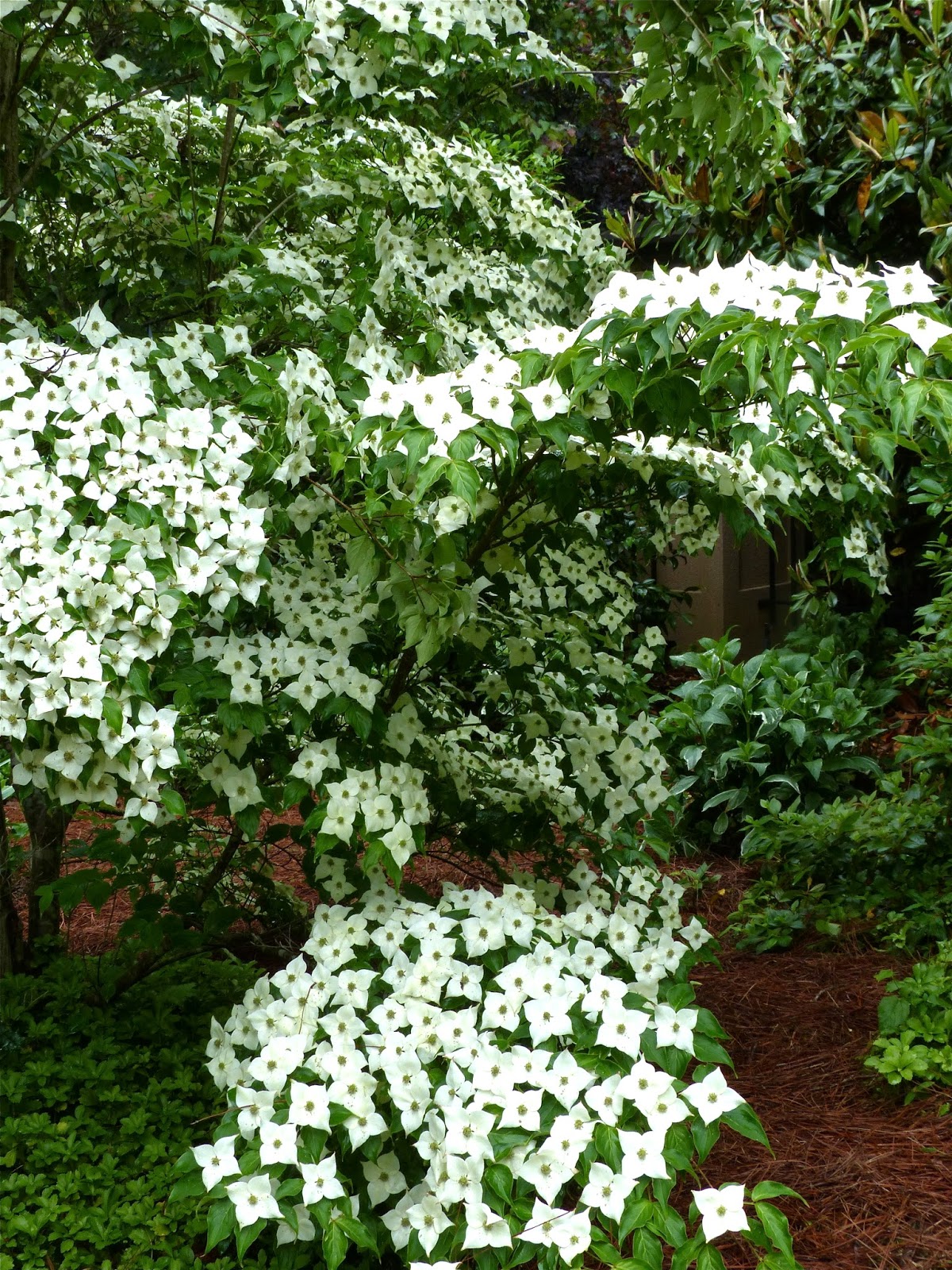 The late Louise Allen was a great plantswoman who was ahead of her time.  When most Atlantans were planting drifts of Japanese azaleas back in the 50's and 60's, she was landscaping with native azaleas instead.  She also had rare trees and was an early collector of viburnums before people knew what they were.

In one corner of her yard in Atlanta - part of a family compound that was her childhood home - Louise had planted a kousa dogwood (Cornus kousa).  It didn't bloom heavily every year, but after a harsh, cold winter, the tree would burst forth with the purest white bracts atop layered branches.

I remember being in northern Virginia at the end of May, or maybe it was the beginning of June.  I was driving through a small village when I saw what looked like a weeping tree literally covered in white.  I quickly pulled over and parked.  I crossed the street, and it was not until I got right up onto it that I realized it was a kousa dogwood.

This year has been a bonanza for the tree in Atlanta.  In fact, someone asked me today if I'd noticed a different kind of dogwood in bloom.  My friend said he'd never noticed how many of these trees were planted around the city until this year.

This is a great tree to extend the spring season.  By mid-May, when the trees come into bloom, most flowering trees have finished, including the much more familiar and beloved Cornus florida.

Margaret Moseley, who will be 98 on May 28th, was also well ahead of her time, as far as finding unusual plants was concerned.  She has long had a treasured Cornus kousa planted at the front corner of her house.  In fact, in my book, Margaret Moseley's A Garden to Remember, one of her recommendations, or tips, I should say, is "Plant a kousa dogwood."  Margaret's tree blooms reliably every year, but in the springs that follow a cold winter, it is a sight to behold.  In fact, I'm surprised I haven't had a call from her with one of her typical refrains, "You should see this tree today.  It's the prettiest it's ever been."
Posted by Martha Smith Tate at 7:56 PM