That first peony of the year 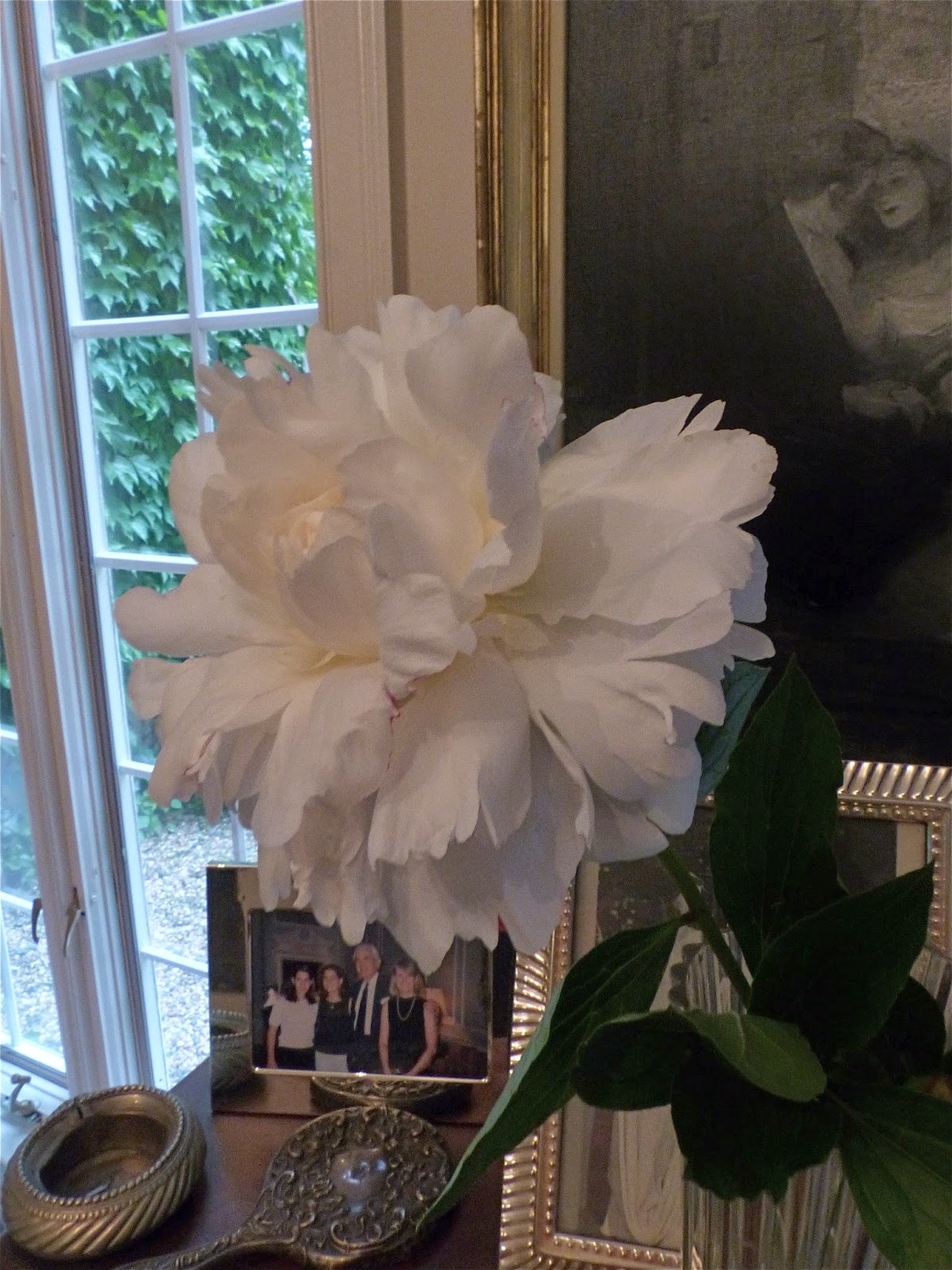 I picked this peony yesterday, or maybe two days ago.  I couldn't believe it when I walked up to the little house and saw it, so big and fluffy and fragrant.  This particular one - 'Festiva Maxima' - is popular in the South because it blooms early before the days of real heat come.  Just about everyone has it, but as common as it is, it is still sensational with its heady rose fragrance and huge bloom size.

If you live up north where peonies thrive and form bushes the size of boxwoods, then you are probably laughing at my delight over one flower.  This plant is loaded with blooms, although I noticed there was only one bud on 'Mrs. Franklin D. Roosevelt' this year.  Why that is, I don't know, because we had plenty of cold weather, which peonies like.

Of course, the first thing I think about when this peony blooms is my mother.  This is not her plant, though.  Her 'Festiva Maxima' would always have a ridiculous amount of flowers that would weigh the stems down to the ground.  It had been given to her by someone in our church who had obtained it from her husband's grandmother.

But, when Mother and Daddy got to be in their 90's, the area where the peony grew got covered up by an out-of-control Burfordi holly.  Some people from their church came with weed eaters and buzzed all beneath the hollies.  For about three years in a row, they cut down the peony.  That next year, I found traces of the leaves so I could tell where it was.  I got a shovel and dug the plant.  There was a terrible drought that year, and the dirt crumbled, and the peony fell apart.  I brought it up here and planted three pieces at the little house.  Only two survived.

The peony did not like being moved, I'm sure.  I've had only one or two flowers, and there are none this year.  However, I am going to put wood ashes and fertilizer around the spindly plants in hopes of giving them a boost.  The flower in this photograph was given to me by a friend who had to give up her garden.  It is huge and loaded with buds.  It was moved here intact and had a better start.

I do grieve a bit over the fact that Mother also had a beautiful light pink, very double peony.  I think it got mowed over too many times.  I still look for it among the boxwoods in front of her house.  I fear it's gone forever; it was another heirloom plant from the same woman.

Also in this photograph is a partial view of a painting.  It was actually a magazine illustration by an artist named Allen Palmer from Virginia.  He was just gaining recognition in the early 1950's when he took off in a small plane with some of his paintings to go to a one-man show in New York.  Unfortunately, the plane crashed, and he was killed and his paintings lost.  We bought two of his illustrations done in oil, and I treasure them both.

Outside the window you can see the fresh new growth of Boston ivy (Parthenocissus tricuspidata), a deciduous Chinese cousin of Virginia creeper.  The vine covers the two front wings which flank the facade of the house.  In April and May, it is beautiful - fresh and green with its huge new leaves.  The summer is tough on the vine, and by September, I'm lucky to have half the leaves left.

Still, the brief shining weeks of perfection are worth it.  The same goes for the peonies.  They don't last long - only days - and their foliage starts deteriorating during the summer.  But, it's enough for me to enjoy these fleeting moments of unparalleled beauty and fragrance and all the memories that go along with it.