The lilacs that never in our dooryard bloom'd - until now 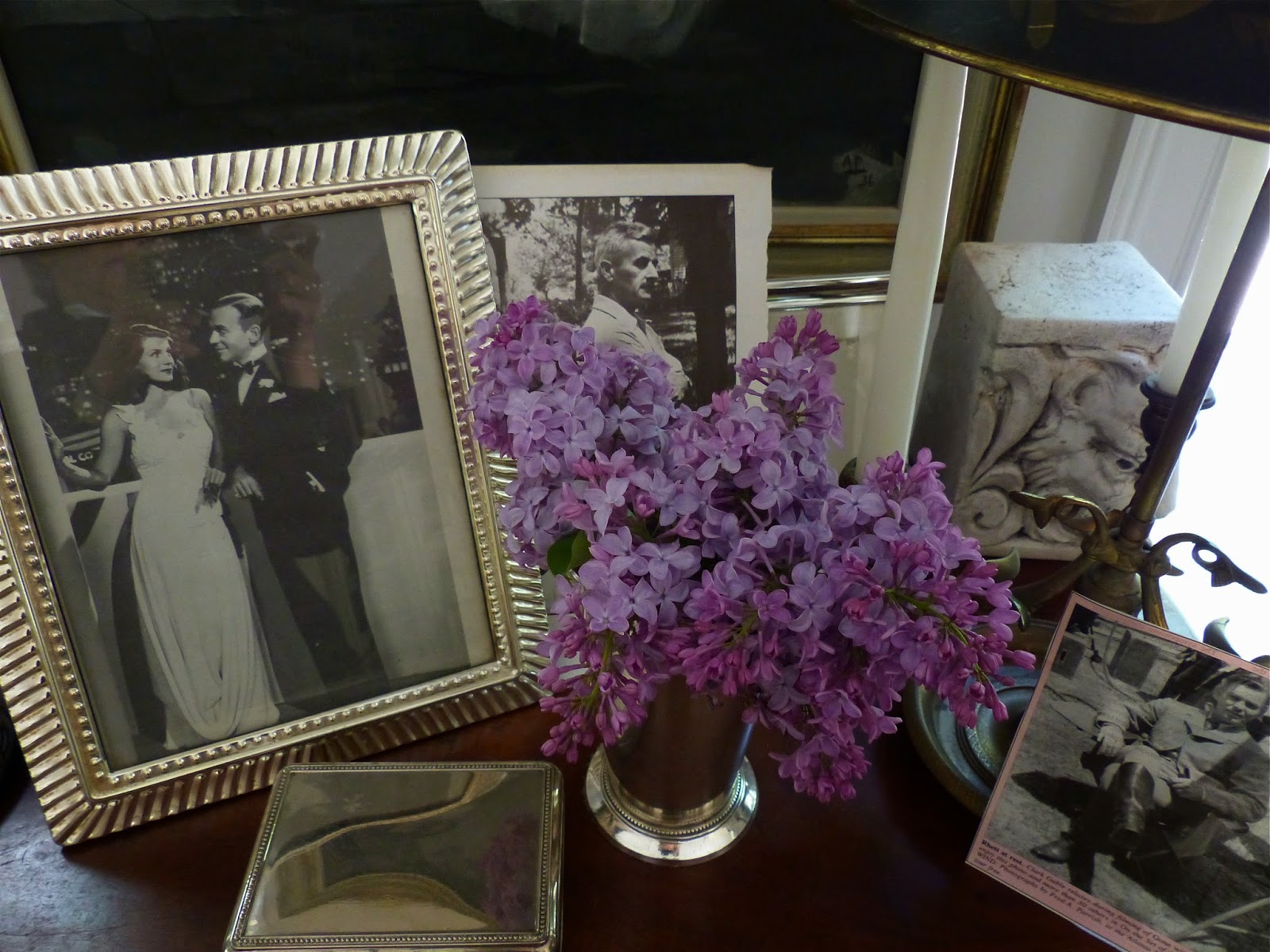 In high school, when we read Walt Whitman's famous poem, "When Lilacs Last in the Dooryard Bloom'd", I was struck by the imagery and immediately saw in my mind that white farmhouse with lovely flowers blooming in a fenced-in front yard.  What I know now is that I had never laid eyes on a lilac at the time and didn't really know what one looked like.  In re-reading the poem later, I realized that I had only remembered that one scene in my mind and had mostly forgotten the whole dark tone of the elegy and the poet's heartbreak and personal grief over the death of Abraham Lincoln.

But, why the reference to this poem?  Around noon today, I stopped by the farm on the way back from Newnan so I could have my barbeque sandwich from Sprayberry's (I'm still loyal to Melear's in Union City - that will always be barbeque for me, even though it doesn't exist anymore).  Anyway, I had the dogs with me, and the sun had finally come out, the sky was a brilliant, just-washed blue, and the wind had died down some.  It was a good chance for us to get some exercise and enjoy the bright sunshine.

Before we headed down the runway, I was curious to see what had happened to Leonardo's pepper and tomato plants that had gone in the ground on Sunday.  Last night, the temp dropped to below freezing, so I knew that up on that exposed hill, it couldn't be good.

But, on my way to see what he'd done, I stopped in my tracks.  There was a lilac bush, blooming right there by the garden fence - was I seeing things?  Yes, I do know of lilacs around Atlanta.  There's one on my cut-through street to church.  The house sold last year, so I'm hoping the people who bought it kept the lilac there by the mailbox.

Anyway, my first thought was of that poem.  No dooryard, but still, a slender bush with bright green, heart-shaped leaves and trusses of lavender-purple flowers.  I can't count the times I've heard people from the northern tier of states talk about the lilac hedges (sometimes they say "lie-lock") of their youth.   So, here I was, all alone with two dogs to contemplate the lovely flowers and the poem remembered from so long ago.

I did wonder if I should pick some to take home.  I'm sure the bush was there last year, but I don't think there were any blooms.  It didn't take but a moment for me to break off two bunches.  I know these weren't the huge French lilacs that are so popular in the Northeast, but I do believe they were like the ones Walt Whitman wrote about.

Of course, when I got home, I wished I'd picked more.  But, maybe these two bunches will bring back memories for you of an April when you walked out into the sun and caught the sweet fragrance of the lilacs beloved by so many generations in colder climes.

In the photograph taken in my living room:  The lilacs I picked today (I still can't believe it!); Fred Astaire and Rita Hayworth, ripped from the pages of my Cole Porter songbook;  a favorite picture of William Faulkner, taken in Oxford, Mississippi, in 1947 (also ripped from a book); and Clark Gable during the filming of Gone With the Wind (cut from a magazine).

P.S:  Leonardo (who planted the lilac) had covered his plants with black plastic pots weighted down with logs.  We'll have to wait to see if they survived the night's cold and then today's sun bearing down on those thick covers.