A simple setting in a complicated place 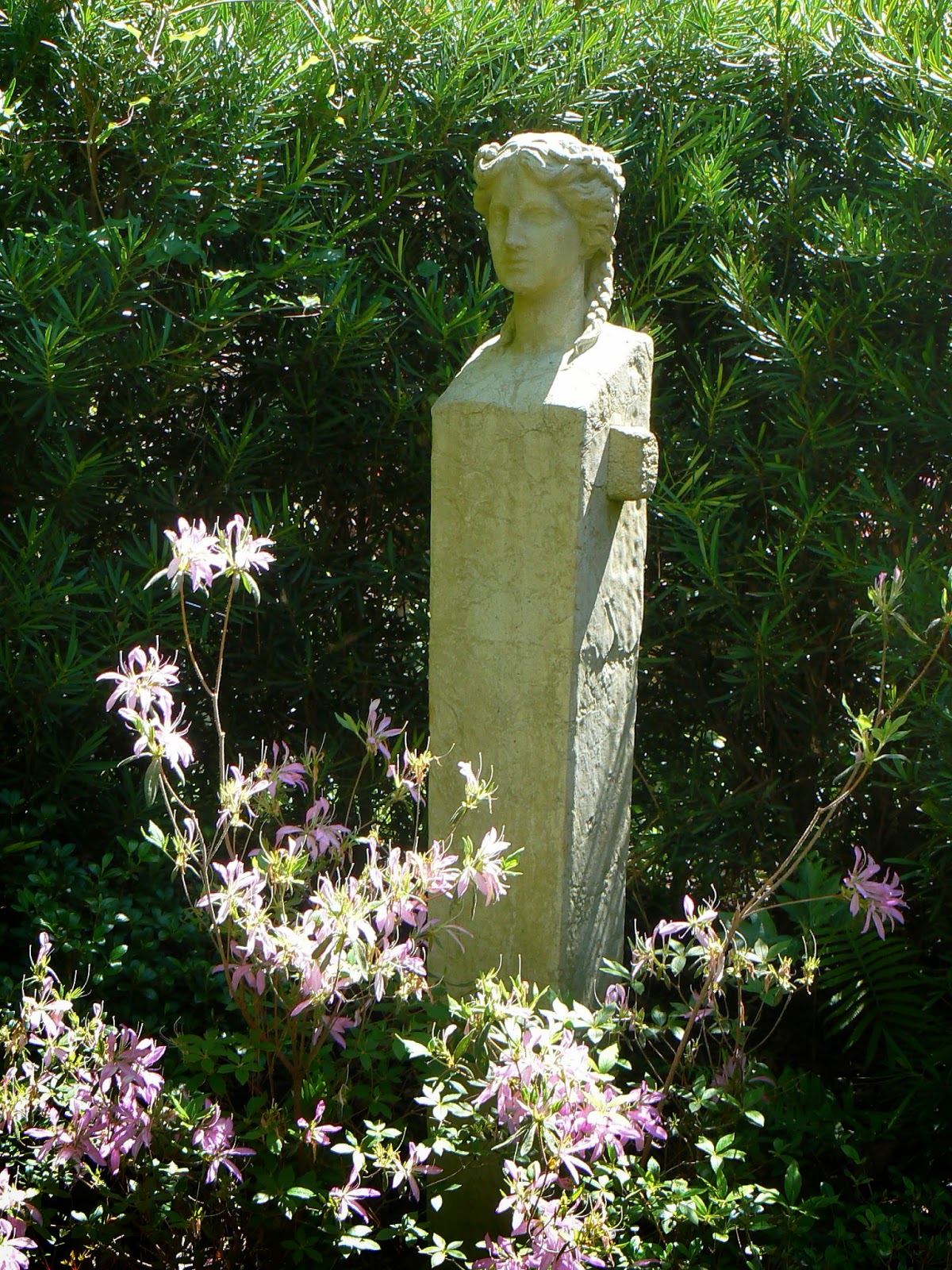 Last April when I went to Jim Scott's garden in Alabama, my head was spinning.  Years before, I thought that he had done everything one could possibly do garden-wise with a sloping hillside down to a cove of the lake.

But I couldn't even recognize the place when I arrived with my friends John and Joeline Davidson.  It was their first trip, and I thought I could be a sort of guide.  I remembered a few places from before, but Jim, who is the whirling dervish of gardeners,  had added new areas that looked like they'd been there forever to the acres he already had under intense cultivation.

Fortunately, we met up with him during our self-guided tour, so he could tell us about the new parts of the garden, which now extended all the way to the opposite side of the cove.  On my last visit, that slope had just been a woodland.  Now, it held a new house and pavilion for visitors and all sorts of wonderful plantings and rock formations.

Looking down at the lake from this perspective, I was amazed at how he had made a mature garden in only a matter of a few years.  The secret, I learned, is that large specimens of Chinese fringe tree and a new (to me) form of tree-sized Indian hawthorne had been brought in, along with large slabs of boulders.  I still can't figure out how he did it, although knowing his energy and imagination, I shouldn't have been surprised.

There really is so much going on in this garden that I had to pass on many photos I would like to share (and eventually will).  It was such a bright day (and cold), that many of the pictures I took make it hard to distinguish all these new plantings.

But, I chose this simple vignette because it seemed doable for a normal person who might have a good statue to use in the garden.  The dark green background of podocarpus and then the Rhododendron longifolia,* coming out informally at the base, seemed so soothing in contrast to everything happening around it.

All in all, it was a treat to see this garden, which I would describe as a cross between a fantasyland and a well-planted botanical garden.  I'll be posting more soon, as there are many good ideas that could be adapted into smaller gardens from this very large one.

* Thanks to a very good plantswoman and my high school classmate, Sharyn Altman, for identifying the shrub at the base of the statue.  I only recognized it because Sharyn showed me the one in her incredible garden in Augusta.  Sharyn's was much more compact and floriferous, but the habit here seems to suit the space.