A party to remember The Tulip Man 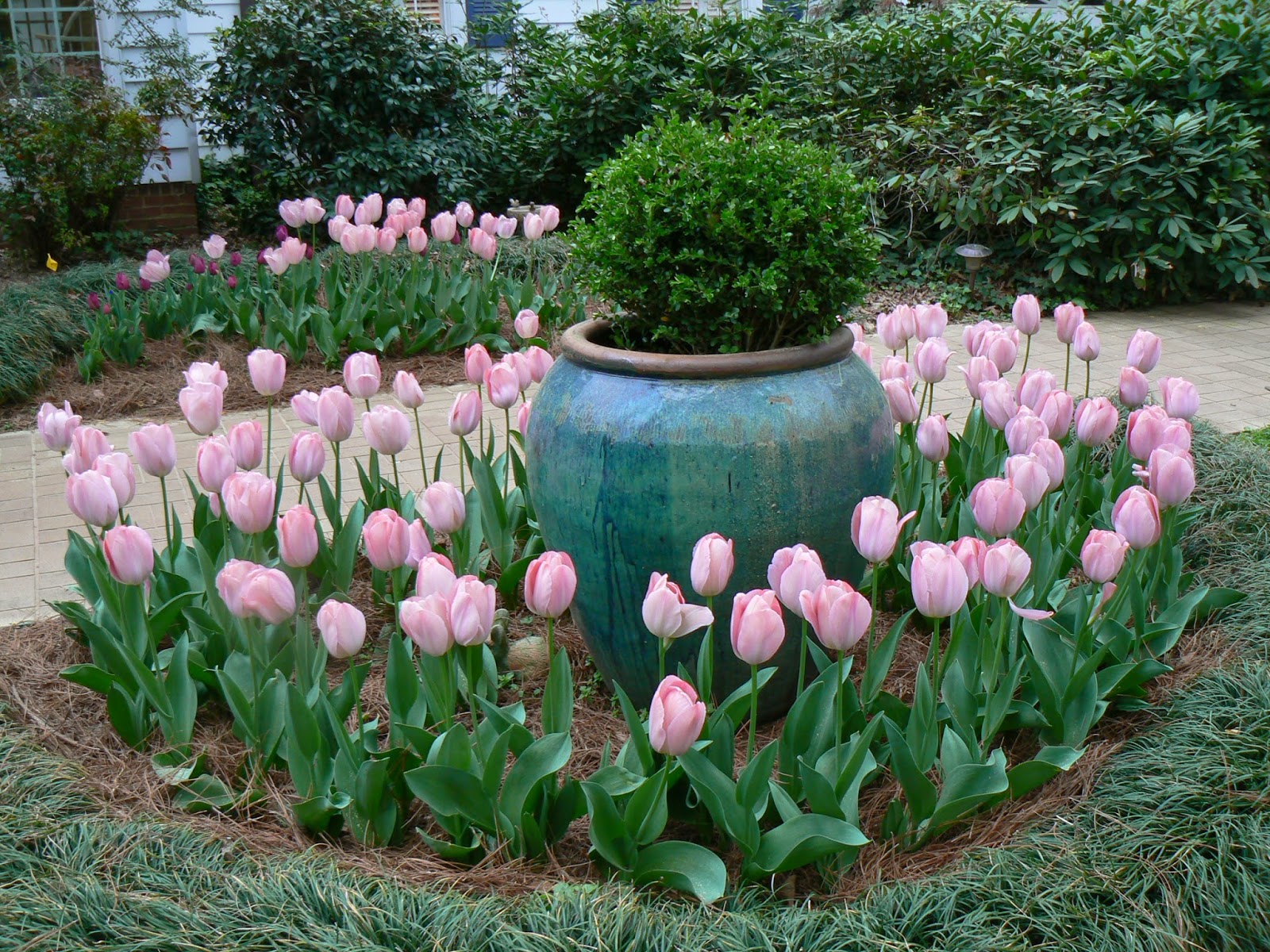 Last October 30th's blog post told the story of Cy Harden, who had just recently died.  Cy and his wife Mary Janet had for years thrown a party to celebrate the blooming of the thousands of tulips Cy planted each fall.

But, last October, Cy died after a short illness and didn't get his tulips planted.  Some men in our Sunday School class organized a bulb-planting party.  Chuck Held was one of the guys in charge of obtaining the tulip bulbs and getting the ground tilled up for us to plant.  Cy knew things didn't look good for him, so, despite his failing health, he went out and laid out the beds so we would know where to plant.

Last Sunday, Mary Janet had us all over for a fabulous catered supper to have a tulip viewing.  It was spectacular.  Chuck had bought over a thousand tulips.  Others brought daffodils and bags of tulip bulbs, as well.  With so many helpers, it hadn't taken long to plant the tulips according to Cy's design.

I think he would have been delighted.  Mary Janet said that cars had been slowing down for over a week to see the spectacle.  This happened every spring when Cy's tulips would bloom.  It became a neighborhood destination.

If you put in Cy Harden's name in the search box of this Web site, the October 30, 2013, post will come up telling Cy's story.  I always got tickled because he just didn't seem like a guy who would conduct lie detector tests. But he did, and he was one of the best and most trusted among the legal community.

I hardly knew how to choose a photo from this past Sunday, there were so many giant, beautiful tulips in all colors - glowing orange, brilliant red, pinks, purples, stripes, and so on.  I decided on this view, because the other post shows tulips Cy planted, so you can get an idea of the whole front of the house and what passersby saw.  Our Sunday School class and other friends did a good job, I thought.

After we finished planting last fall, Mary Janet gave me a leftover bag of daffodils to bring home.  I finally got them in the ground, and I do think they're the prettiest daffodils I've ever seen.  They were huge, and there were different kinds, each one more beautiful and fragrant than the next.

A couple in the class had just returned from Holland, and even though they had been bowled over by what they saw over there, they were floored by the beauty of the tulips in Cy's memory.  It was a lovely moment, a good time to remember a prince of a guy who provided great beauty and friendship for a lot of years.