A bird's eye view from Paris 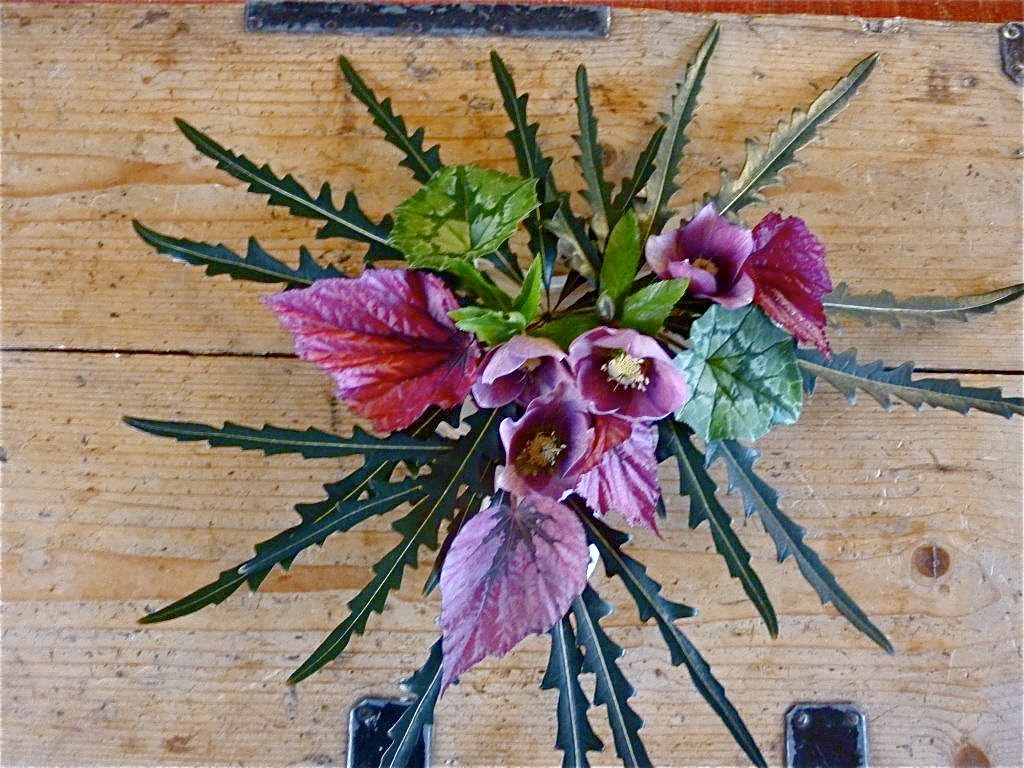 My friend Carol Tessier, whom I met while skiing in the French Alps in February 1971, has a beautiful garden on the outskirts of Paris.  Not only has she created gorgeous flower and shrub borders with all kinds of fascinating plants, she also does wonderful flower arrangements (Carol is an artist and worked at the Louvre for years).  At Christmastime, her daughter got married in a chateau, and Carol did the decorations.  They were magnificent - all sorts of red berries and leaves and pine cones and dried hydrangeas from the garden which she had sprayed gold and a subtle shade of red.  On a mantle, it looked like there were red grapes intertwined with golden branches (Carol said she almost fell into the Seine taking clippings from trees).  Carol receives this blog, so I may have the grapes wrong, but every arrangement was fabulous.

During our January 28th snow, Carol had noted my wailing about how the hellebores were still not blooming.  She cut some lovely ones from her garden and created this striking combination (another photograph showed a faded hydrangea with leaves that picked up the maroon and silver green of the flowers - stunning).  In this arrangement, I was stumped as to what the other leaves were.  Since Paris is cold this time of year,  I assumed they were from her conservatory.  Here's what she wrote in answer to my efforts at identifying what she had used:

"Your guess on the cyclamen is right and also the caladium (I picked the
small new leaves) which I have in the conservatory. Unfortunately I don't
know the name of the purple spiky leaved shrub which I have had for ages in
the conservatory. I've looked on the net and can't find it anywhere. As it
was getting a bit too big I'd pruned it and the leaves were so beautiful
that it inspired me to do the arrangement. When I was young I was in charge
of the flower arrangements at home and was very proud. I'm sure this passion
stems from then. I can also vividly remember picking flowers before going to
school for the classroom."

Carol, whose family is English, grew up in South Africa, where she was surrounded by gardens.  I am from a small town in Georgia and spent my days roaming around the various gardens on our property.  Every spring, I would pick bunches of daffodils to take to school.  Little did we know on that ski trip so long ago that, despite having grown up on two very different continents, we would share a lifelong passion for flowers and gardens.
Posted by Martha Smith Tate at 9:30 AM