Spring deferred - or back to old times? 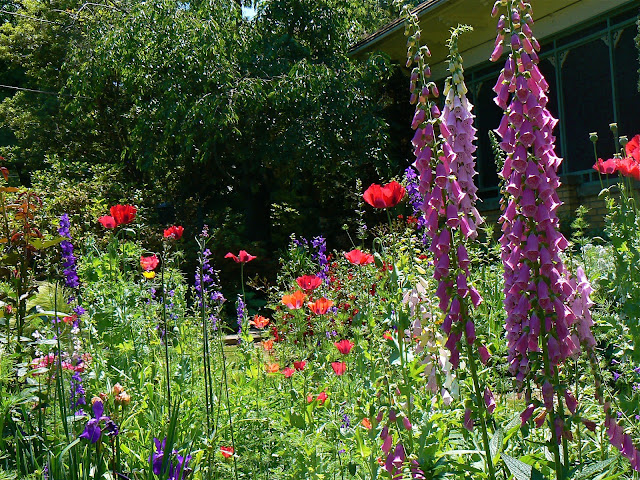 For years, I kept a calendar of bloom times.  I started off with great enthusiasm each January, recording the first daffodil to bloom, the moment when a hellebore opened, when the Yoshino cherries flowered, and so on.  As the months progressed, I started skipping days, then weeks.  By the time July came, the pages of the calendar were blank.  I didn't keep up.

But, I can remember that one thing was pretty consistent.  You could count on peonies and roses being at their peak for Mother's Day.  I recall hearing the late Berma Abercrombie, whose focus was on the genus Narcissus, but who grew amazingly large clumps of peonies, saying she always placed a huge arrangement of peonies in the church on the second Sunday in May.

Then came the turn of the last century.  I think it was about then we began having warm spells that caused everything to bloom early.  I know that we used to be able to count on azaleas and dogwoods being at their peak around April 10th.  One year, when we were to shoot an episode for A Gardener's Diary on a garden that had thousands of azaleas, we had to cancel.  We had set the date for April 4.  The gardener called me the third week of March and said the flowers were at their peak.  I went down to see her a week later, and all that was left was a sea of crispy brown blooms.

It's been a while since we've had a cool spring like this one.  Today, I went out and picked a peony.  That was unheard of, even when we had pretty consistent weather.  Obviously, this is a late blooming peony, which I shouldn't have planted at all, given that the early and mid-season varieties are much more dependable; late ones are unlikely to open in Atlanta.  I bought this flower at a big-box store.  It had no name, was in bloom and was beautiful, so I caved in.  So far, so good, but this is only its second year.

Above is another look at Diana Mendes' Atlanta garden.  I took 70 photographs there on May 15th, and the roses hadn't even come into full bloom.  I didn't start a calendar this year, but I do have some idea of the bloom progression from the dates on my pictures.  Next year, I hope I'll keep a record and follow through.  It would be interesting to see if this year is an anomaly or the beginning of a new trend.


Posted by Martha Smith Tate at 6:01 AM No comments: