Looking for a peaceful scene in chaos 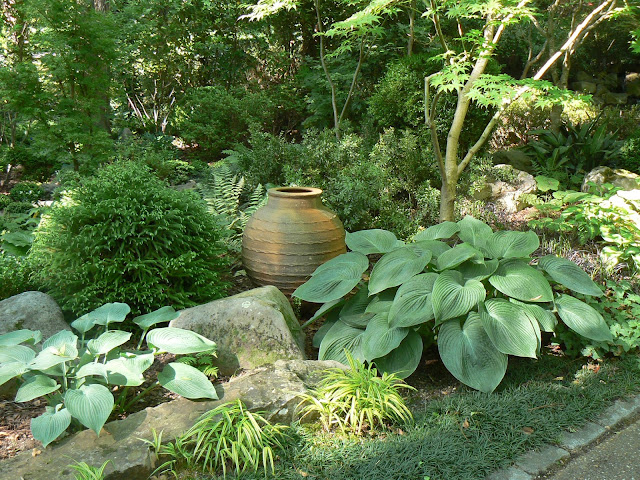 By no means is losing your land line phone and your Internet service for three days a serious situation.  Not even when you have a deadline and no way to attach an important part of a book that is in the making, and not being able to do so will cost at least a week's delay in the already tight publishing schedule.

Watching people telling about losing everything in recent floods, or seeing someone explain that his house was destroyed by a quick-moving fire, or worse yet, hearing about a parent who lost a child after a long bout with leukemia or from a sudden automobile accident - those are serious situations.

But, when one lightening strike seemingly a few miles away knocked out my new AT&T U-Verse system, you'd have thought the world was coming to an end.  I won't go into the fact that I let myself be talked into converting after having called to see why the regular billing system had not yet switched me over to my credit card.  Definitely a mistake.  Nothing has worked right since.  I'll take this opportunity to warn you.  If it's not broken, don't fix it.  Especially with this system.  The repairman, who finally arrived seven and a half hours late as dark was falling, said he had been brought up from Miami to help out with all the problems with this new "innovation".

Anyway, on two of the three "out" days, I had a Bobcat here, moving some earth to create parking spaces at my house, which is hemmed in on all sides by forest.  I was already nervous about doing this and worried about the money I was spending.  When the man arrived to survey the work to be done, he pointed out that a large tree had fallen from my yard onto the fence of the neighbor's tennis court.  The top branches reached all the way to the net.  I knew this was a phone call I didn't want to make.

So, I roamed about like a caged animal, feeling all out of sorts, getting nothing done.  I couldn't write this blog, since I had no access to the Internet.  But, what I could do was look at photographs.  I scrolled through some garden scenes and noticed that the ones that appealed right at that moment had only the color green.

After I first married,  I wanted to grow every colorful flower I would see in a catalog.  Trouble was, most of them required full sun, something I didn't have.  I would plant them anyway and watch as they would develop weak stems and sad looking flowers.

It took me 25 years and I don't know how many visits to gardens to realize that just green alone can be beautiful.  Now, I'm often drawn to all-green scenes with different textures and hues (I still long for bright, colorful flowers to cut).  This photograph happens to be on my computer at the moment, and if I would take down a lot of the clutter on the desktop, it could be very soothing indeed.  Actually, it is calming anyway.  The Bobcat man has gone (although I liked him, I felt only dollar signs melting away in the roaring of the machine), and two workers are here making a nice garden space (the other half of my fairly new arch garden).  I think when this is all done, and the mud has disappeared and the cobblestones and pea gravel are in place, I will feel at peace with the world.  Well, at least until the neighbor calls again.

Note:  This scene (rocks are calming, too, I think) is in Bill Hudgins' Atlanta garden.