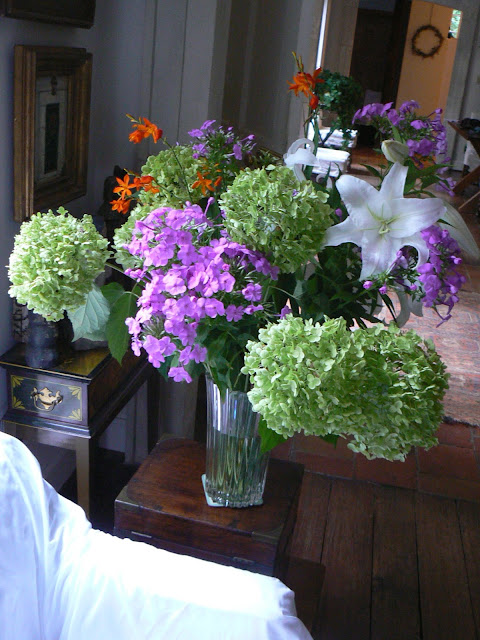 I think there's a new movie out (or maybe it's a book) about how different things would be if a person had died in youth.  It's not exactly like It's a Wonderful Life where "what if the person had never been born", but sort of the same idea.

It was the summer after my sophomore year in college.  I had taken a job as a lifeguard so I could get a tan.  Back then, only a handful of people said out loud that exposure to sun would ruin your skin.  My college roommate was an over-the-top sun worshiper.  Starting in February, she would take reflectors (flat pieces of cardboard covered with tin foil) up to the roof of our dormitory.  She had fashioned a body-length set to lie on, and then she had another set to direct the sun to her face.  She looked so good and healthy that I started doing it, too.  We both slathered ourselves with baby oil laced with iodine.  My skin didn't tan like hers, but I knew it would once I was on my job at the East Point Elks Club.

When summer came, though, the month of June was a wash out.  It was cool and rainy every day, and getting in the water every morning to teach group swimming lessons was miserable.  Plus, I didn't get so much as a ray of sun, only goosebumps.

The weather changed in July, however.  The week of the 4th, a boy I was dating at the time came from Chattanooga to visit.  He had gotten a ride down, but didn't have one back.  On July 5th, I had to work, and my daddy volunteered to fly my friend back to Chattanooga in his small plane.

No one liked to ride with Daddy.  He had carved out a runway from a cow pasture on the farm.  Sometimes, when he'd start to land his Cessna 172, there would be cows grazing right in the middle of the landing strip, this despite fences on either side.  Daddy would fly low and scare the cows off and then turn around and come back to land.

I think the boyfriend was not too happy about his ride home, but Daddy would take advantage of anyone who didn't have the nerve to turn him down.  That day, it was sunny, but thunderstorms were predicted for the afternoon.

Back at the Elks Club, we had a big crowd of swimmers and at last, some bright sunshine.  It felt great.   At about 3 o'clock, I was sitting on the lifeguard tower when I heard a slight rumble of thunder in the distance.  Way back over to the west was a not very ominous cloud.  I got down from the tower and walked around the pool to the other lifeguard.  I had always been terrified of lightening.   I wanted to get everyone out of the pool.  The lifeguard said, "Let's wait, and if it comes any closer, we'll blow the whistle."

I walked back around and climbed on the tower.  The sun was shining brightly.  Then, a blinding flash, a loud crack and a deafening boom.  Someone hit me hard on top of the head with a giant hammer.  The deepest electric shock went through my body.

The next thing I knew, I was lying in the locker room.  I could feel something was wrong on the bottom of my feet.  I looked, and they were blistering up.

I didn't remember what happened after the loud crash.  The lifeguard said that a little girl was standing next to me, and she was knocked down.  Everyone jumped out of the pool and headed quietly to the clubhouse.  I ran ahead of them all.  The lifeguard picked up the little girl and carried her.  There was never another sound of thunder, and the sun never went behind a cloud.  That was it.  Everyone got back in the pool after a few minutes had passed.

Meanwhile, up in the air, my friend was holding on for dear life, as Daddy flew around tall thunderstorms.  The friend said he could see lightening bolts starting in the clouds and going all the way to the ground in broad, crooked streaks.  They made it safely there, though, and Daddy landed a couple of hours later back at the farm.

Every year on this date, I think about what happened.  People said I obviously wasn't hit directly.  The soles of the little girl's feet were singed, but she was okay.  The other lifeguard theorized that lightening may have struck either the chain link fence behind us or a big tree a few paces away, although there was no visible damage.

I looked through my photographs to see if I had taken any on July 5th.  I found the one above, showing flowers I once was able to have in my yard.  Although the plants are still there, the deer have eaten everything you see:  the 'Annabelle' hydrangeas, the purple garden phlox, the 'Casa Blanca' lilies and even the orange crocosmia.

Life is funny.  An errant lightening bolt literally out of the blue.  The sun never quit shining, and the cloud never came over us.  Daddy lived another 39 years, and although he did crash his plane in the fall of 1966, no one was hurt, and to my mother's great distress, he got another one.  Later that summer, I met someone else, and I don't think I ever saw my friend again.  I heard he joined some sort of charismatic religious movement, but I don't think it was because of his experience on July 5, 1965.

I've never gone back to calculate how different things would be if I hadn't made it that day.  I don't think one can do that sort of thing.  I do have a healthy respect for thunderstorms, though, and when they say lightening can strike from a faraway cloud, I know it's true.  I'm always the first one indoors when I hear distant thunder, even if people laugh at me.  I'm just afraid that lightening could strike twice, so I don't take any chances.

Posted by Martha Smith Tate at 9:25 AM