And then there were none 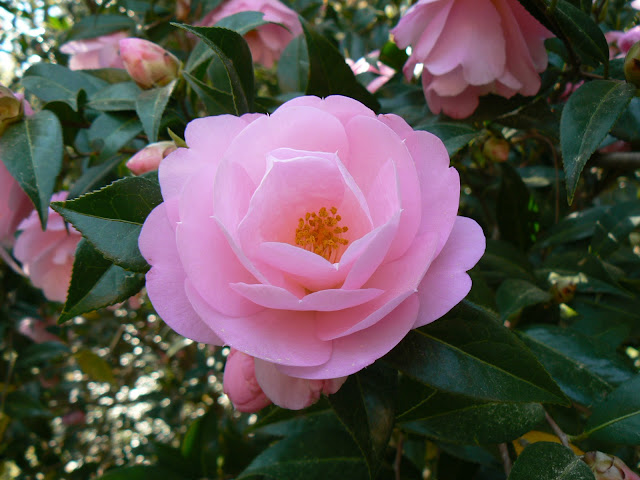 In my mid-twenties, I went through an obnoxious sophomoric stage.  I eschewed any book I thought was not literature. After spending a year working in Paris, I came back and didn't try to correct the "Franglais" I had taken up.  I would be talking along and pepper my speech with French words if I couldn't think of the English equivalent.  When I took a book along on an airplane, it would inevitably be something like Proust - in French, of course.

In secret, though, I started reading Agatha Christie books.  These were not part of my airplane traveler image.  No one ever saw me reading one, but I devoured them and enjoyed them all.  While they aren't exactly literature, the books are well written and the convoluted plots always fascinating.  I never figured out a one in advance.

One of my favorites was And Then There Were None (I think the edition I read was entitled Ten Little Indians).  I won't go into the plot, since many of you may have read it, but it has to do with murder (of course) and ten people gathered on an island.  The title sort of gives away the end, but the mystery of who is committing the crimes is what matters.

I introduce this title to explain what has happened.  I realize I've gone all around the subject of the photograph above.  But, the first thing that popped into my mind yesterday afternoon at about 5:30 was the title And Then There Were None.

Three or four years ago, I planted Camellia 'Taylor's Perfection' up at the little house.  It was a small shrub at first, but then it got taller and produced a lot of gorgeous pink flowers for its size.  This past fall, when the buds started appearing, I was thrilled.  This year was going to be a bumper crop.  While the plant itself was still rather gangly, I could see it was going to be weighed down with flowers.

So, it was with great dismay that I discovered a couple of weeks later that the deer had sampled a few buds along with some of the foliage.  This was unusual, I thought, because they had not bothered the plant before.  And, they had never touched another large camellia next to the porch of the little house.

By Christmas, a few more buds had disappeared.  I took some Milorganite and spread it around the plant, hoping this would deter the deer.  It seemed to be working.  I wouldn't have a lot of camellias, but I would have some to bloom, for sure.

Yesterday was rainy with low visibility.  When I took the dogs on their daily trek up to the back of the property, I could make out the plant from a distance.  Something was wrong.  When I got closer, I could see that most of the foliage was gone.  I thought surely they would have spared one bud, but no, they had eaten them all.

So, I've gone way off on a tangent (I'm blaming the Nyquil I took last night) just to say there will be no gorgeous, clear pink flowers of 'Taylor's Perfection' this year.  I'll have to content myself with going out to Margaret Moseley's house to see hers (pictured above).  My plant will have to be moved.  I'm thinking it could go by my side door, where the deer may not roam with my daughter's dog standing guard at night.  Otherwise, this Agatha Christie plot is certain to play out again and again.