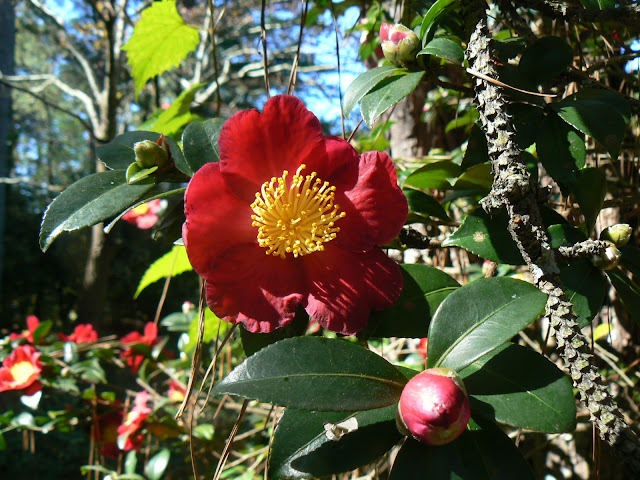 For my generation, there was one question we could always answer with certainty.  "Where were you when you heard that President Kennedy was assassinated?"

In my case, I was walking across the Vanderbilt University campus in Nashville, Tennessee, on my way to a history class.  It was my freshman year. That first news was that he had been shot.  Like most everyone else, I was frantic with fear and headed back to the dorm, hoping and praying that he would be okay.  But when I reached the Women's Quadrangle where I lived, we found out that President Kennedy had died.  We were all shocked and devastated and in utter disbelief that this tragedy could have happened.

On a happier note, I can remember where I was on July 19, 1969.  I was out of college then, and a bunch of us had gone to Hilton Head Island, S.C., for a few days.  On the way back to Atlanta, a couple of the guys rented a motel room so we could watch as Apollo 11 landed on the moon.  What I don't remember is if we waited until Neil Armstrong got out of the capsule and stepped on the moon's surface.  But, I do recall all of us sitting around in front of a television, anxiously waiting as the moon's surface got closer and closer, and the spacecraft finally landed.

On a weirder note (confirming that I am a plant nerd), I can remember where I was when I saw the above flower for the first time.  I actually don't remember the exact year, but it was in the mid 1990's, and the month was January.  I had gone to the American Camellia Society headquarters at Massee Lane Gardens near Ft. Valley, Georgia, with noted gardeners, Margaret Moseley and Penny McHenry.

After we had toured the gardens, walking among the camellias and exclaiming over every one (I still have the notes I made of our favorites), we stopped outside the headquarters building where there were camellias for sale.  We all went crazy over Camellia sasanqua 'Yuletide'.  It was so different from most sasanquas.  The bright red, single flowers had a yellow center that glowed.  The dark green, compact evergreen foliage had almost a bluish cast.

The flower you see above was in Margaret Moseley's garden.  I say "was" because Margaret, to my horror, had one of her 'Yuletide' specimens cut down a couple of years ago.  "It had taken over, and I had another one just as pretty," said Margaret, who was 94 at the time she ordered it removed.

Actually, this particular flower may be on the surviving plant, which is covered in red flowers this time of year.  At any rate, this sasanqua has become very popular.  I couldn't find a date for its introduction in the Camellia Nomenclature book, but Margaret, who has a large collection of sasanquas, had never seen this intriguing red flower before that day at Massee Lane.

So, here is a red flower that blooms in fall and winter over a long period of time.  It grows at a medium rate to about 10 feet tall.  According to Margaret, whose surviving plant is now a tree, it's best to prune after blooming if you want the shrub to stay compact.  It's a good plant to see in bloom on a cold, gray day, especially around Christmas time.
Posted by Martha Smith Tate at 1:27 PM 2 comments: