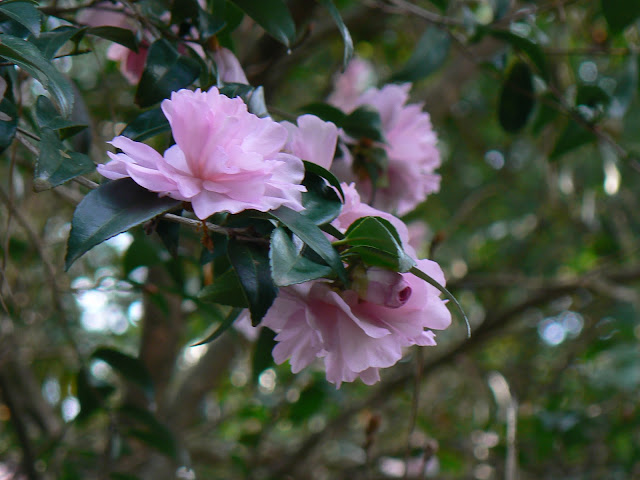 One of my favorite times of the year when I was growing up was the week when the Southeastern Fair was held at the Lakewood Fairgrounds.  My parents took us (maybe when I was older, I went with friends; memory is vague on that one).  I do remember, though, my daddy making me go through the big buildings to look at cattle and pigs.  I never understood his fascination with this.  It was the worst smelling place.  At least, when Mother dragged me to see the dahlias and all the canning products lined up, it was slightly more pleasant, if boring.

More interesting, of course, were the rides.  I hate to admit that I was such a chicken when it came to anything more dangerous than the Tilt-O-Whirl.  I would ride the ferris wheel, but when they brought in that giant double one, I was too afraid to go.  When I went to school the next day, I greatly regretted not mustering up the courage to ride it.  Everyone was bragging about how high it was and that you thought you were going to die when the top wheel came rushing down.  To this day, I wish I had ridden that thing, although I might really have died when the wheels flipped.

The fair was one of the few places I got to have cotton candy.  I loved everything about it - the pink color, the strange, almost metallic feel when the frothy stuff finally condensed in your mouth.  It felt like you were swallowing a piece of 0000 steel wool.  But, it was delicious, and even though it doesn't appeal to me now, it was by far the treat I liked best in my childhood (snow cones being second).

Sorry to go off in such a direction when I meant to talk about that above flower.  It's just that the name Camellia sasanqua 'Cotton Candy' sent me off into a reverie of cool nights and the excitement of walking down the midway and seeing all the rides whizzing around.

These days, the thrill I get is from seeing beautiful flowers, especially in the fall.  'Cotton Candy' is one of the stars of Margaret Moseley's fall garden.  Early on, Margaret planted many different sasanquas.  While some camellia aficionados looked down on the lowly sasanqua, considering it valuable only for grafting japonicas, Margaret was busy collecting varieties with beautiful flowers and dark, evergreen foliage.  As a result, her garden looked like spring by the end of October.

In recent years, she's added even more interesting selections that have come on the market.  One of the most reliable, though, is Camellia sasanqua 'Cotton Candy'.  I've seen it used as an espalier, and from a distance it looks like a climbing rose on a thick, dark green backdrop.

"It's always loaded with flowers," says Margaret.  "It's beautiful every year and blooms a long time."

Margaret has convinced me that sasanquas are way underplanted in Southern gardens.  I can attest to their value in her landscape.  Also, around town, I've noticed more and more of the plants.  They're great while in bloom, but the dark foliage is good to have in the garden year round as a background plant for other shrubs and flowers.