Thinking white on an odd day 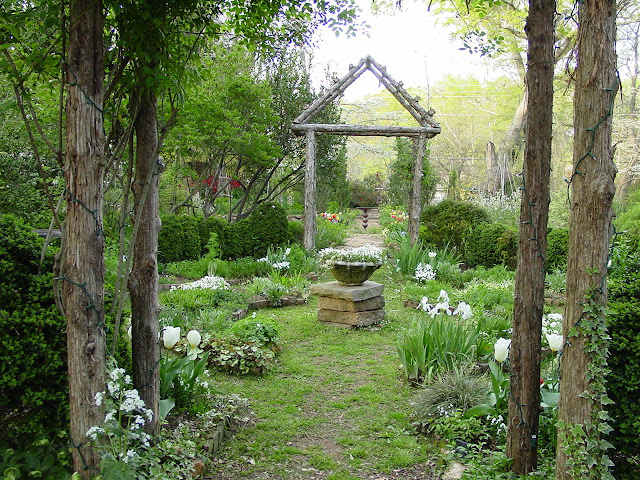 Today was one of those times I felt I'd drifted off into the Twilight Zone, so I can't get my thoughts together.

First, there were six deer in the parking area in front of the house this morning.  Not so unusual.  But then, I looked out my kitchen window at the bird feeders, and there was an enormous wild turkey, helping himself (herself?) to the extras on the ground.  It stayed around, and I must have taken 20 photographs.  The whole thing felt rather unsettling.  I walked outside after it had gone, only to hear the scratchy noise that sounded exactly like my daddy's turkey caller.  I looked around the corner, and there it strolled, seeming a little confused.  Occurrences like this make me feel as though I shouldn't have to pay City of Atlanta taxes, due to being in this non-city environment.

Last night, I went to a lecture given by the 7th Baron Sackville.  His family has lived at Knole, an English manor  house that covers four acres, since 1604.  Of course, he talked a lot about Vita Sackville-West, who grew up at Knole.  A renowned writer and gardener and creator of the gardens at Long Barn and more famously Sissinghurst, Sackville-West also lived an extraordinary life (an understatement) after she married Harold Nicolson in 1913.  The succession of Knole, of course, has passed to male heirs.  After the death of Vita's father, the estate was handed over to her uncle and younger cousin, Edward Sackville-West.

The current resident of Knole, which is owned by the National Trust, was a delightful speaker and showed a photograph of his young, hip family.  I confess I had some thoughts that here I was, feeling somewhat cash-strapped, contributing $35 so these lovely aristocrats could live in a portion of the largest house in England.

Anyway, there was a time when I devoured every book I could find about Vita Sackville-West.  The only one I could put my hands on this morning was Vita's Other World: A Gardening Biography of V. Sackville-West, by Jane Brown.  There's a photograph showing a view of the famed white garden from the Sissinghurst tower.

Not that the above photograph has a thing to do with Sissinghurst or Knole, but it does show a small, rustic version of a white garden.  I have different views that reveal many more white flowers, but they are in slide form (soon to be converted to digital).  This may be the very opposite of grand a English manor, but it is a lovely garden in Madison, Georgia, and slightly more realistic for someone like me.

By the way, in the left corner next to the post is a white flowering money plant.  I once had the seed to a version that had leaves with a white picotee edge and white flowers.  I've since lost the seed, but I'm hoping that a chance seedling will pop up one of these days in the place where I used to have masses of them.

In the meantime, I'm going to think about making a white garden - one for spring (easy to do; so many choices) and one for August (sounds hard, but think sweet autumn clematis, peegee hydrangeas, snow-on-the-mountain, white phlox if it's been cut back after its first bloom, moon vine, and white petunias).  I also want to re-read Vita's Other World, most especially for the great vision she had in planting things in such profusion and not being afraid to experiment.  I need that sort of inspiration just now.
Posted by Martha Smith Tate at 5:10 PM No comments: