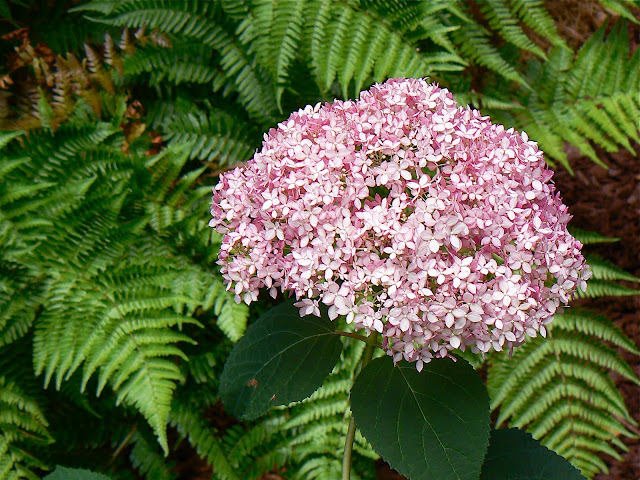 I was eight years old when myAunt Helen died of breast cancer.  She was 47.  For weeks, I had heard Mother talking about how her sister was suffering so.  I was terrified and remember praying so hard for her not to die.

Then, in the middle of one night, the phone rang.  I heard my mother say to Daddy, "Helen's gone."  I was devastated.  Aunt Helen looked a lot like my mother.  She had a lovely voice, and there are times,  even all these years later, that I can remember how she sounded.

My cousin Anne, who was 13 at the time, was the youngest of five children.  Mother worried about her having to come home to an empty house.  She spent some time with us that summer.  My brother captured a picture of her leaning against our kitchen counter.  Another photo shows us engrossed in a game of Candyland (probably to appease me).  I'm happy to say that she is alive and well and has a great family of her own.

I dare say there are few of us who haven't been touched by breast cancer.  The disease struck one of Aunt Helen's three daughters and took the life of one of her grandchildren.  Two more of my aunts died of the disease, as well.

So, what does this story have to do with the above photograph?  This is Hydrangea arborscens 'Invincibelle Spirit'.  If the flower looks familiar, it is the pink version of Hydrangea arborescens 'Annabelle', the popular white mophead that is widely planted both in the U.S. and in Europe.  This is one of the Proven Winners series, and the firm that distributes the plant is donating $1.00 for each 'Invincibelle Spirit' sold to The Breast Cancer Research Foundation.  The hope is to raise a million dollars for the cause.

With October being Breast Cancer Awareness Month and a good time to plant hydrangeas, you might want to consider adding this pink flowering arborescens to your collection.  The photographs in the Proven Winners catalog are stunning.  I saw a new planting a couple of years ago when the selection was just introduced, and it looked like the hydrangeas were well on their way to becoming a showy addition to the garden.

The Proven Winners catalog states that 'Invincibelle Spirit' is easy to grow and reliably pink.  The blooms start off as a rather deep pink, with the flowers changing to light pink as they mature.  Here are some more attributes listed by Proven Winners:  both cold-hardy and heat-tolerant, it thrives from Mobile to Manitoba; reliable flowers bloom every year, even after harsh winters; flowers are pink no matter what the soil is like; reblooming.

There is one drawback to this plant.  If you live in deer country as I do (or rather in the City of Atlanta's deer district), the hydrangea will have to have some sort of protection.  I used to have native arborescens all up and down my driveway and at the edges of the woods.  Now, since the introduction of deer to my neighborhood, not a single native hydrangea remains.  The deer strip my Annabelles, so I need to think about relocating them until I can get a deer fence installed.

Other than that, this would be a good plant to have.  As with other arborescens (there's a huge white one called 'Incrediball'), the flowers appear on new wood, so you would cut the plants back in late winter/early spring.  This will produce more flowers and ostensibly bigger blooms.  Proven Winners also encourages donations to The Breast Cancer Research Foundation.  Visit www.InvincibelleSpirit.net for more information.