Trouble at the gate 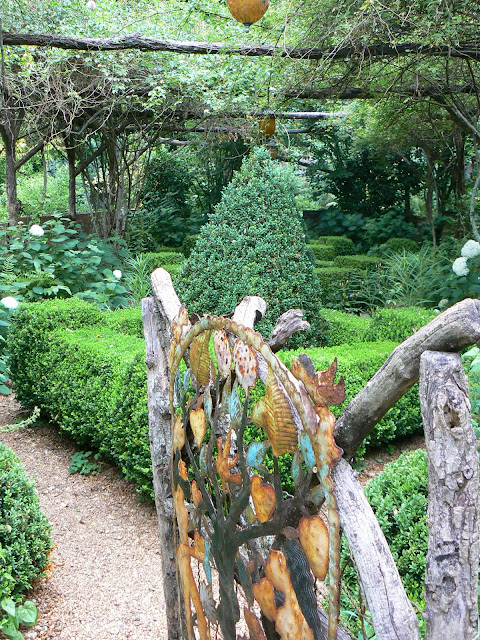 The year was 1982, and a friend asked if she could come over and use my IBM Selectric typewriter.  If any of you remember this pre-computer contraption (which seemed so advanced at the time), you could correct a mistake by backing up and hitting a key that would "white out"the mistake.  Then, you could type over the mistake with the correct letter.   At least, I think that's how it worked.

So, my friend came and was typing away, when the machine jammed.  It totally stopped working, and the carriage (I could barely come up with this word for the roll that went back and forth as you typed) wouldn't budge at all.  I ended up taking the (very heavy) machine up to a shop, paying $89 for a repair, then bringing it home where it jammed again.  After two more visits to the repair place, I gave up.

Just to be clear, my friend did not break the typewriter.  She was just the unlucky person who was typing when it decided to stop working forever.  But, I always had this little quiver of a notion that she did something  that caused it to jam.  That was wrong of me, knowing full well that someone typing along would not have made the machine quit.

Earlier this year when I was staying with my college friends Anne and Tommy McLeod in Birmingham, something happened that reminded me of the typewriter incident.  The McLeods have a beautiful garden with lots of roses and wonderful shade plants and and a lovely pond.  They also have a valuable antique iron gate that leads from the swimming pool area into the garden.

One morning, I went out early to take pictures.  Much to my horror,  as I was opening the gate, the antique latch came off in my hand.  I stood there for several moments wondering what to do.  My first thought was to leave it leaning against the post and let them discover it later.  I quickly rejected that devious way out and walked back to the house, iron latch in hand, to offer my confession.

Of course, the McLeods were gracious about the incident and made me feel better by joking about it.  Still, though, I felt a tinge of responsibility for having broken something that would now have to be welded back on in order to work.

The ironic thing is that I love garden gates, but I've forever been intimidated by them.  I don't have a logical brain, so I don't see immediately how the latches work.  Oftentimes, I fiddle around and can't get it open, and then someone comes along and pushes something the other way, and it opens readily.  This time, I just touched the latch and it broke (I promise!).

The gate pictured above leads from the sidewalk into internationally known designer Ryan Gainey's Decatur, Georgia, garden.   Ryan's garden has been featured in about every magazine I can think of and has been included in books and on TV shows, as well.  I've opened and closed this gate lots of times without incident.  I can assure you, though, the next time I approach any garden gate, it will be with trepidation and the utmost caution, lest I break yet another valuable antique.