Bill turns toward the East 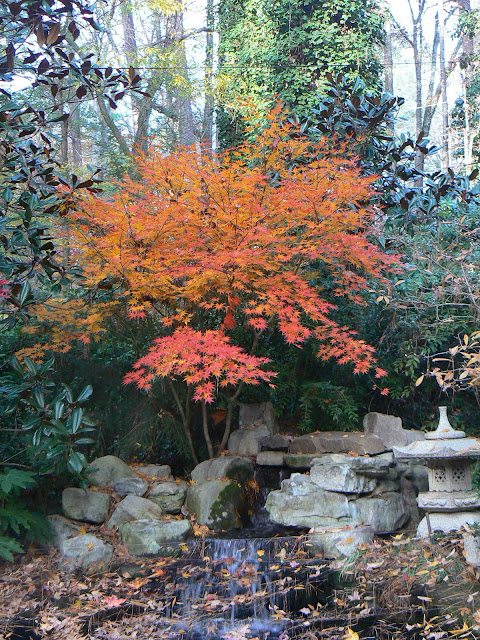 It used to be that Bill Hudgins regularly visited the flea markets of Paris or the pottery factories of Tuscany, looking for treasures for his own expansive landscape and for Lush Life, his shop in Atlanta where he sells accessories and plants for the home and garden.

But lately, Bill has been traveling to Japan, and I can now walk into his garden or into his shop and tell the difference.  More and more, a Japanese influence is manifested in the his choice of ornaments and plants, whereas before both the shop and the garden felt decidedly European, mainly Italian and French.

In the scene above, the placement of the boulders seems to suggest a penchant for Asian motifs, even if there were no Japanese lantern in sight.  The same goes for pruning techniques found throughout the garden.  Many of the trees are shaped to echo the forms seen in bonsai.  Even though classic obelisks and geometric shapes still abound in the garden, a large terra cotta pot that once would have contained a pyramid shaped boxwood might now hold a conifer pruned into a cloud form.

No matter what Bill's latest influence happens to be, he still captivates with his use of color and texture and form.  In the end, whatever he does, he does it well, and it is beautiful and pleasing to the eye.
Posted by Martha Smith Tate at 2:19 PM