You should have been here last week 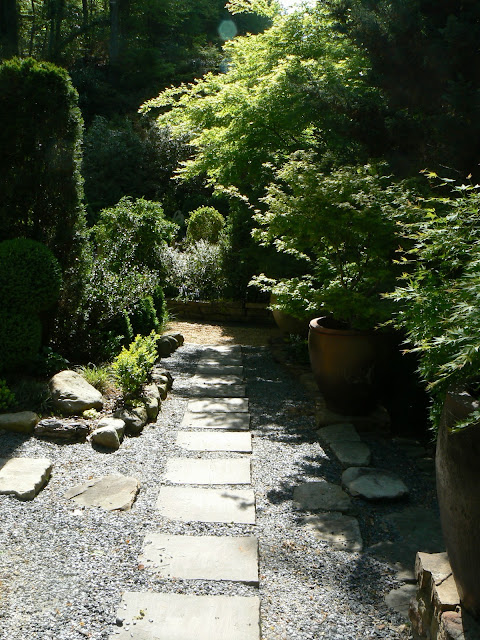 Often when we were producing A Gardener's Diary on HGTV, gardeners would ask if we could come several times a year to show how their gardens changed from season to season.  How I wish we could have done that.  Unfortunately, the cost of travel, hiring camera, sound, producers, host, etc., to revisit the same garden for just one episode would have been prohibitive.  Thus, we were forced to capture a garden on a given day that we set months, sometimes even a year, in advance.  As a result, it was not unusual to hear the same rueful phrase over and over: "You should have been here last week."

Every garden changes with the seasons and can look totally different.  The above photograph was taken in mid-April in Bill Hudgins' extraordinary garden.  It is set on four wooded acres where he has respected the land (a wide creek runs through the property), yet made it more beautiful.  At every turn, there's a unique shrub or flowering bulb or interesting ground cover.  In addition, he has over 270 varieties of Japanese maples, some with leaves so intricate they hardly seem real.

All sorts of paths meander through the woods.  Some are straight like the one above, some are wide and curving, and others are narrow and lead to clearings in the woods or up steep flights of steps.

To give you an idea of how the same spot looks in a different season, I am going to do a back to back sort of thing.  You see the path today with the fresh foliage and special light of spring.  Tomorrow I'll post another view of this same path, but taken from the opposite end and in a different season.  I'm lucky that I don't live very far from Bill.  His garden is definitely one to follow throughout the year.
Posted by Martha Smith Tate at 9:07 AM