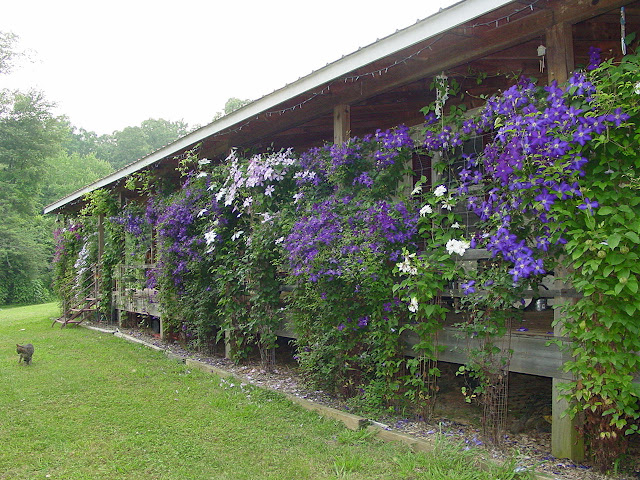 A friend and I were driving around some back roads in the north Georgia mountains a few years ago when I almost made her have a wreck.

There was the most incredible sight.  Veiling the porch on a long, unpainted house was this mass of clematis.  We got out and talked to the owner's son, who was wearing overalls and no shirt.  He explained that this was his mother's creation.  And, of course, he added, "You should have seen it last week."  Yes, I know that a lot of the blooms had dropped off, but still, this was one of the most impressive displays of clematis I'd ever seen.
Posted by Martha Smith Tate at 9:05 AM